What benefits could be realised by further diversifying trustee boards and other governance bodies in pensions (e.g. IGCs)? What steps can be taken by the next generation of pensions professionals and the industry as a whole to improve diversity in this area?

Before considering the benefits that could be realised by further diversifying governing bodies in pensions, we should recognise that these bodies have barely begun to diversify at all. 83% of pension trustees are male , and 50% of trustee Chairs are over 60 years old1. There is certainly room for improvement. However, whilst it would be remiss of trustees to consider diversity and inclusion a ‘hot topic’ – this isn’t something that trustees can ‘box tick’ and move on – the Pensions Regulator (‘TPR’) now has a diversity and inclusion strategy, and the issue is being given increased focus by governing bodies.

When we look for diversity we are striving for diversity of thought. Robust debate will lead to boards making better choices, which should result in better outcomes for members. Diversity of thought is more likely to be achieved if a board reflects a spectrum of experience, and this could be through a mixture of ethnicities, genders, sexualities, professional and educational backgrounds, and ages. A diverse board is less likely to experience the pitfalls of behavioural biases such as groupthink, which refers to the practice whereby our desire for social cohesion overrides good problem-solving skills. A homogenous group is more likely to be overconfident in their opinions as these are less likely to be challenged, and more likely to match those of the people around them.

A board of trustees should represent the members of the pension scheme, which is likely to be a hugely broad population. There is an enormous problem with members not engaging with their benefits and options, and therefore not making the most of their money. A member that feels represented by the board may be more likely to engage with their pension choices, and fare better in retirement.

There are possible downsides to a very diverse board, particularly where this produces a group of people with expertise in very different areas. When considering complex subjects - as pension scheme trustees are - it is easy to defer to the perceived expert in the room to steer a discussion. If a very diverse board creates a group of trustees with very specific - and separate - areas of expertise, robust debate between members of the board may not occur.

Schemes should also consider how their governance frameworks and decision-making processes intersect with their perceived diversity. As we move into a hybrid world there has been a push for more efficient trustee meetings, which can often mean proposals are brought to a meeting for approval rather than for debate and discussion. A board may be diverse as a whole, but its decision making may not be. For example, a proposed asset allocation may be debated by a less-diverse Investment Committee, and only briefly noted by the full board for approval before being signed off.

In the virtual world the role of the Chair is even more important. A diverse board does not make use of its diversity if all trustees are not engaged with decision making. A good Chair should ensure that all members of the board are confident in speaking up. Silence should not be interpreted as agreement. Chairs should make use of interactive tools such as polling or a ‘hands up’ function in order to swiftly garner opinions. In summation, a board should not assume that it is effective simply because it is diverse.

In 2019, TPR acknowledged the correlation between D&I, good governance and the proper performance of a trustee board’s legal duties2. So, what should be done to improve diversity? Firstly, governing bodies should take stock of their existing board and be aware of where any gaps may be. Make member-nominated trustee applications more appealing – sell the role to those outside of the usual pool of applicants. Be mindful of religious and school holidays when setting trustee meeting dates. Have a parental leave policy. Use a mix of in person and virtual meetings. Professional Trustees are becoming more common place on boards, these companies should lead the way and demonstrate how worthwhile a diverse board is to a scheme. The industry as a whole should ensure it follows suit.

¹The Pensions Regulator: Future of trusteeship and governance consultation report (2019) 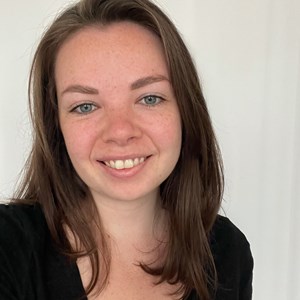 To what extent will an increased focus on ESG (Environmental, Social, and Governance) improve member outcomes?