As we struggle with the ravages of a global pandemic, education itself has come under the spotlight in the UK and thousands of A-level students have seen their grades increased after a U-turn by the government

Following huge criticism from students, headteachers and a backlash by Tory MPs, grades will now be based on teachers’ assessments rather than the controversial algorithm by regulator Ofqual.

Prime Minister Boris Johnson and Education Secretary Gavin Williamson had previously defended the “robust” system, which saw almost 40 percent of grades reduced from teachers’ predictions.  I think the argument here has to be balanced with what is not being discussed, in that the teacher grades submitted showed a 38% in higher grades than from previous years.  The now famous algorithm tried to eliminate any bias and subjectivity that was inevitable in a one sided approach, but after interference and tinkering, it was disastrous in its final concept and showed more discrimination that an inflated teacher led approach ever could have.

The change will also apply to GCSE results in England, which are due to be released this Thursday (at the time of writing this comment).

Students who were awarded a higher grade by the moderation process will be allowed to keep it, but for many pupils, their teachers’ predictions could see their grades increased.

Ofqual chairman Roger Taylor apologised for the “uncertainty and anxiety” caused by the fiasco.  “Our goal has always been to protect the trust that the public rightly has in educational qualifications,” he said.

I am sure that we will see resignations over the issue once the dust has settled, and the fingers have stopped being pointed in every direction.  It does though detract from the real issue here.  The issue is in regards of how we actually assess the requirements of a qualification, any qualification, which an Awarding Organisation provides.

The idea of a terminal/final assessment in a single (and only option) sitting has now shown its limitations and it is this level of thinking that we at the PMI tackled, when we assessed the needs of learners, and of the whole qualification offer (from the PMI) when we undertook the Qualifications Review in Summer/Autumn of 2019.

The review itself moved in a direction towards smaller qualifications, and a more modular approach, that allowed for regular assessment.  So much so that we now have facility to offer multiple choice exams on a monthly basis, rather than bi-annually and the ADRP is being adapted to create a series of smaller qualifications that will ‘add up’ to the number of units necessary to claim the final certificate (of 8 units).  All of this can, is, and will continue to be, taken online, offering the flexibility to have regular assessment and certification points, at a convenient time for the learner, and in a place or environment which reduces the stress of having to sit in a formal examination room, in the middle of a heatwave, or the depths of winter.

We have listened to our learners and will continue to do so as we make further improvements.  We intend to communicate a lot more than we ever have, and we are happy to engage with any leaners who wish to comment. 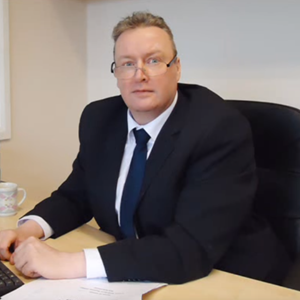