The consultation on The Pension Regulator’s (TPR’s) new ‘super code’ ended on 26 May 2021. It is expected to come into force sometime later this year, but trustees and other governing bodies should start to get ready for it now. The new Code is much more than a copy and paste of extracts from the existing TPR Codes of Practice, and includes, in addition to revisions to existing requirements, brand new content around pension scheme governance and management.

TPR’s 15 existing Codes of Practice are set to be transformed into a new online code. The transformation began on 17 March when TPR launched a consultation on the first phase of its work, bringing 10 of the current 15 codes together as one.¹

While consolidating these 10 codes, TPR says it has reduced the number of pages by nearly half. That said, the full draft of the new Code of Practice (COP), with six substantive sections (governing body, funding, investment, administration, communication and reporting), and 51 separate modules, is still 149 pages. It will also be significantly longer when the missing content, on scheme funding, TPR powers, scheme modification and Master Trusts, is subsequently added.

The consultation also incorporates changes introduced by the Occupational Pension Schemes (Governance) (Amendment) Regulations 2018. In turn, these emanate from the second EU Pension Fund Directive (IORP II) and relate to “Effective Systems of Governance” (ESOGs) and the “Own Risk Assessment” (ORAs). These are the latest additions to the pension industry’s long list of acronyms.

Work on the new Code started in 2019 and, in terms of the new and revised guidance which will supplement it, is still ongoing. The now closed consultation essentially asked the same five or six questions for each of the 51 modules and, whilst we may see some changes of form in the final Code, material changes to the substance are not expected.

So, we largely know what is coming and there are lots for governing bodies to think about, not least:

As alluded to in the introduction, when drafting the new Code, TPR has not simply taken key parts of ten existing Codes of Practice and used them to produce one consolidated document. There are several new initiatives.

In addition, governing bodies will need to familiarise themselves with the new format of the Code and the revised guidance that will accompany it. The intention is that, if viewed online, the Code and the guidance will be more accessible but, taken together, the content will be substantial.

The new Code is further evidence of the need for trustees and other governing bodies to, in the words of TPR, “have the right people, skills, structures and processes in place to facilitate scheme operations, enable effective and timely decisions, and to manage risks appropriately. Our COPs and guidance provide the support needed to be able to achieve this”. 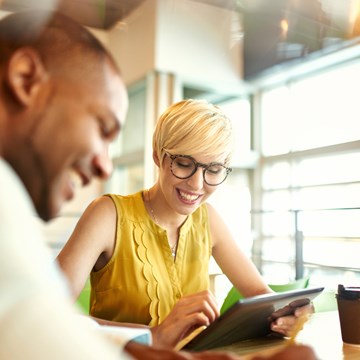 From trainee to trustee

When you think about what a professional pension scheme trustee should look like, what comes to mind? Someone with a ‘bit of grey’ as the saying goes? That’s not quite how we see it (although I have to admit to fitting that stereotype). At Dalriada, we want to do something that is a bit different in our industry – build career professional trustees.

Well, I wouldn’t have started from here…

Recent guidance from The Pensions Regulator (TPR) and Financial Conduct Authority (FCA) has clarified a number of issues for pension scheme sponsors and trustees with regards to supporting pension savers with their financial decision making. It codifies best practice and clarifies a number of issues that have been live over the last six months. So, if you’re a scheme sponsor or a trustee, here’s what you can do – and what you can’t.