Inflation’s heading our way; but not just yet!

I have a shopping list that grows longer by the week. Paint for the front door. A new laptop. Shelves for my child’s room. A new pair of trainers. Meanwhile, my wife and I can’t wait to go out for dinner, to book a holiday and to see a show.

For those of us fortunate enough to have remained in paid employment through the pandemic, saving has become an unplanned habit. Many of our outgoings have been suspended pending the return of ‘normality’.

With that return moving closer, it is no surprise that economists are predicting a year of boom. The UK has already predicted economic growth of over 7%. The summer of 2021 looks set to be a party to remember.

However, this welcome acceleration of private spending allied with the huge public stimulus packages bring with them the spectre of inflation. At a time of unparalleled government debt, that casts a large economic and political shadow over the growing optimism about the COVID-19 vaccines.

This clearly has significant implications, but my sense is that we shouldn’t batten down the hatches quite yet.

For a start, there are four important anti-inflationary buffers in place;

3. Employed labour is less unionised than ever before

4. Government debt will inevitably be financed by higher taxes.

The combination of those four will undoubtedly delay the onset of inflation, but that’s less a reason to relax and more a chance to prepare.

Ex-UK Chancellor George Osbourne suggested that President Biden’s enormous stimulus package means that the US will, effectively, be printing money in the months to come.

Despite his promised tax hikes and a spending programme that is likely to swell America’s already burgeoning public debt, business leaders overwhelmingly welcome a return to something like normality.

And yet Biden’s new COVID-19 package comes to $1.9tn, on top of the $1tn promised at the end of last year. This will be financed by an increase in the supply of Government bonds that is expected to push up yields.

Then there is the new president’s ‘build back better’ recovery plan, which could amount to another $2tn. He has also extended the student loan repayment pause until October. Along with support for businesses, like the Paycheck Protection Program, this amounts to a wave of deficitfinanced fiscal stimulus.

The Federal Reserve has effectively promised to keep short-term interest rates low, a monetary policy framework designed to allow for above-target inflation for temporary periods. That in itself could fuel expectations of inflation.

Meanwhile, in the UK and Europe, public spending continues to grow as the pandemic lingers.

While it’s pretty safe to say that inflation is coming, it’s much less clear how much we should expect. The Fed’s own target is 2%, but this is likely to be exceeded – which is no bad thing. Should inflation exceed 4%, however, people will fear it is out of control, and the Fed may have to act.

I’m not sure inflation will have much impact on my summer shopping spree. However, at some point it seems inevitable. We shouldn’t mistake ‘business as usual’ in the short-term as anything other than the calm before the inflationary storm. 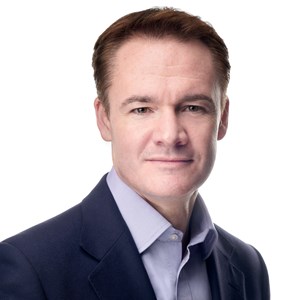