Anne-Marie Gillon became an accredited lay trustee following the new qualification launched in June 2021. While it’s not a career must-have, the former Client Service Director at Baillie Gifford says that it has benefited her.

I was two decades into my career at Baillie Gifford when I decided I wanted to broaden my perspective once again.

As part of my role as Client Services Director for the Edinburgh-based fund manager, I’d been making regular presentations to pension trustee boards, reporting to them on the performance of their investment portfolios.

In my case, it was mainly on their fixed income holdings, although I’d also aim to provide insights into wider market issues such as inflation or interest rates.

I decided it would be useful to develop a deeper understanding of what life was like on the other side of the conversation, so to speak. And so, in 2016, I became a member nominated trustee of the Baillie Gifford defined benefit pension scheme.

I thought it would be a good thing for me in my day job. And it was. Becoming a lay trustee gave me a better understanding of the importance of actuarial calculations, of administration, scheme management and looking after members’ views and interests.

By the time I left Baillie Gifford at the end of 2019, I’d had three years of getting up to speed. I’d built up this extensive knowledge, and I wanted to continue putting it to work. I subsequently became a lay trustee at two charity schemes; first for the Royal Blind Group Pension Scheme and then at the Church of Scotland Pension Scheme for Staff.

I decided to become accredited because I thought it would be a good personal and professional challenge. Having to sit a two part exam would certainly tell me whether I had the knowledge that I thought I had.

The Church of Scotland Pension Schemes supported me in taking the first exam and, after that, I decided that it would be good for my own development to sit the second.

As well as the exams, I had to complete The Pensions Regulator’s Trustee Toolkit – which all trustees have to do – and commit to doing 15 hours of relevant Continuing Professional Development (CPD) each year. I’m currently one of just eight lay trustees who have this new lay accreditation.

For me, because my background has been mainly in investment, doing the exams helped formalise my understanding of the wider perspective: the rules and regulations, administration and the actuarial side of good governance.

In my view, anything that contributes to the diversity of input to a Trustee Board has to be a good thing. Lay, accredited and professional trustees all have much to contribute, with the confidence to challenge, knowledge of individual scheme members and different perspectives to bring to the table.

Gaining accreditation is by no means a prerequisite and won’t suit everyone, but it has worked for me, both personally and in my trustee roles. 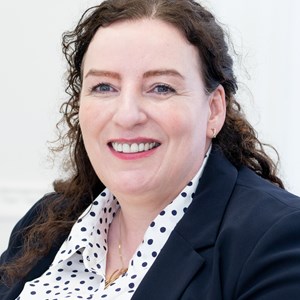