Not as easy as ABC: asset-backed contributions post-Covid-19

Asset-backed contribution arrangements (ABCs) are one of the more controversial innovations in Defined Benefit (DB) scheme funding. Under these agreements, typically between trustees and one or more entities within the sponsoring employers’ group, a payment stream is derived from an underlying asset and paid to the scheme over a set period, usually via a special purpose vehicle (SPV), in the form of a Scottish Limited Partnership (SLP), intended to avoid employer-related investment (ERI) rules.

Originally developed as tax structures, ABCs are favoured by employer groups because they permit the balance sheet to be put to work in place of cash funding, while also reducing the accounting deficit. They can be equally attractive to trustees, however, ostensibly by enhancing the covenant while providing improved visibility over future funding.

The current economic crisis is putting considerable financial strain on many employer groups which may well prompt a surge in interest in ABCs given their features and potential flexibility. However, it is only a matter of time before new ground will have to be broken in unravelling them during corporate financial restructurings, particularly in the wake of the new Corporate Insolvency and Governance Act (CIGA), which came into law on 26 June 2020. The CIGA has introduced new restructuring tools and presents some general uncertainty for DB schemes, particularly for schemes with ABCs in place or under consideration.

While there is precedent for difficulties in unwinding ABCs, none of these structures have been tested to destruction. As part of broader contingency planning, trustees should consider how ABC value might play out in plausible downside sponsor outcome scenarios and whether there is scope to rectify or reinforce any vulnerabilities.

Trustees must consider the high correlation between the underlying asset value and the employer’s fortunes, meaning that the underlying asset may be compromised just at the time when it is needed most. It is, therefore, critical to identify whether the asset generates cash independently or is dependent on the employer group and other assets that have not been transferred into the ABC structure. Similarly, if the asset needs to be sold, is there a real and liquid market for it outside the employer group? Brands and loan notes are prime examples of assets that may be subject to these more nuanced risks.

The structure of ABCs varies widely, but the ‘asset’ on which the scheme relies tends to be a capitalised payment stream via an interest in an SPV, rather than a direct interest in the income-generating asset. This presents acute risks in the event of insolvency or in a Mergers and Acquisitions (M&A) deal, through which part of the ABC structure may be hived off by the transaction. Without ‘step in rights’ or a security structure that provides a direct interest, trustees may face problems in preserving the scheme’s interests.

The Pensions Regulator has pointed out that the SLP ‘ERI loophole’, on which the structures rely to avoid the statutory restrictions on employer related investments, has not been tested in court. Historically there has been no one with an interest in collapsing the structures, but in the ‘land grabs’ by stakeholders that typically arise

in restructurings, that motivation is likely to arise. If the structure is successfully challenged and collapsed due to illegality, future cash flows would not only be terminated, but the trustees could be liable to disgorge payments already received. This would send shockwaves through many boardrooms about the legality of their own ABC structures.

The ABC structure may also contain claims by other stakeholders, either intra-group or external. These may be structurally superior to the trustees’ interest and dilute any recoveries. Similarly, restructuring costs could dilute value and are likely to be high given the complexity and novelty of these structures in insolvency situations.

On the bright side, the trustees’ interest is generally limited to the remaining payments due under the ABC arrangement, which may be significantly lower than the value of the underlying asset. Depending on the circumstances, such over-collateralisation may improve the prospect of recoveries through the ABC in any group insolvency proceedings. While most of these issues should have been considered at inception and subsequently for the purposes of any PPF certification, it is likely that the context has changed substantially. First, the stress scenarios that would have been considered for previous valuations might not have been as extreme as the situation we are now facing, which certainly qualifies as a one in a hundred-year event. Furthermore, there are new considerations in the form of the CIG which has introduced a new moratorium and ‘restructuring plan’ procedure, which is not an ‘insolvency event’ triggering scheme wind-up or PPF entry. Through this it is now possible for debtors to cram down dissenting creditors in certain circumstances, which could significantly compromise the scheme’s influence and negotiating leverage, impacting value. There is also the question of whether trustee ‘step in rights’ would trigger in a restructuring plan as these are often drafted to arise on the occurrence of an insolvency event.

In better times, insolvency risk is often downplayed during the creation of ABCs and restructuring experts are often not consulted at inception. Until ABC structures have been stress tested in practice, in a range of situations including the crucible of insolvency, there is scope for unpleasant surprises. It is therefore critical for trustees to revisit assumptions about the robustness and value of ABC arrangements in the context of the current challenges. If vulnerabilities are identified, solutions might include bolstering assets or contractual rights and revisiting scheme funding assumptions. 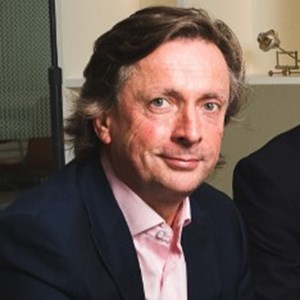 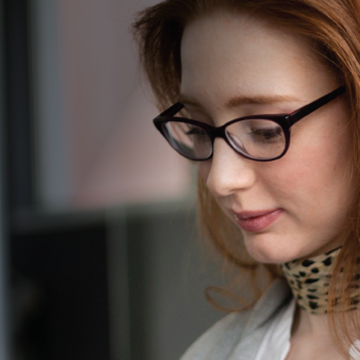 Long term funding: start with the end in mind

As we emerge from a COVID world, setting long-term funding targets is a key 2021 focus for trustees. Galvanised by The Pensions Regulator (TPR)’s. new Defined Benefit (DB) funding code of practice, trustees and sponsors need to pay acute attention to the maturing status of their DB schemes. TPR expects trustees to determine a clear journey plan towards a lower risk position as they close in on their goal.

Lessons to learn from experience for pension schemes