Two of the new criminal sanctions attracted hot debate, as well as industry concern, during the Act’s passage through Parliament: avoidance of employer debt (the ‘Avoidance Offence’), and conduct risking accrued defined benefits (DB) (the ‘conduct offence); together known as ‘the offences’.

A person commits this offence if, without reasonable excuse, they:

A person commits this offence if, without reasonable excuse, they:

There is no wonder the Offences caught attention: both are punishable by up to seven years in prison and/or an unlimited fine. Owing to the breadth of the drafting, they have the potential to capture ordinary business activity – despite the Government stating that this is not its intention. Finally, they capture a wide spectrum of people (including directors of sponsoring employers, trustees and even their advisers); only insolvency practitioners acting in their capacity as such are excluded from the scope.

Prosecution policy In March, TPR published a draft policy and consultation on its proposed approach to investigating and prosecuting the Offences. The policy discusses in detail the similarities and differences with existing anti-avoidance powers and provides examples of the types of behaviour that could fall within the scope of the Offences.

TPR’s approach is aimed at enabling it to “address the more serious intentional or reckless conduct” that is already within the scope of its contribution notice powers (or would be, if the person was connected with the employer). It intends that the Offences will help “to deter conduct that could put pension schemes at risk”. When selecting cases for prosecution, TPR will be mindful of the policy intent – a scheme being unfairly treated or misled, for example, raises huge red flags.

While the Offences will not apply retrospectively, TPR notes that evidence pre-dating their commencement may be relevant to its investigation or prosecution if, for example, it indicates someone’s intention. We await further clarity from TPR on this point, and some nervousness remains within the industry despite TPR’s assurances.

Those being investigated will need to show clear and contemporaneous evidence of their “reasonable excuse”. It’s a useful reminder of the importance of quality minutes, correspondence and written advice. What amounts to a

reasonable excuse in any one case will be fact-specific, but TPR sets out three factors which it considers would be significant:

As well as examples for each of the above, TPR sets out additional factors which may have a bearing on whether it begins or continues a criminal investigation.

TPR has published blogs and speeches in acknowledgement of, and as an attempt to calm, fears, assuring us that it is “working with, not against the pensions industry”. In its April blog post, “Time for some perspective on our criminal offences powers”, David Fairs promises that, while TPR “won’t hesitate to use [its] powers to protect savers through enforcement when it is the right thing to do”, it does not intend to “overstretch the intent and purpose behind the powers [and] will always take an appropriate and proportionate approach”. TPR’s intent “is not to achieve a fundamental change in commercial norms or accepted standards of corporate behaviour”. The powers “should not worry those who are doing the right thing and properly thinking through the actions and decisions they take”.

While the examples of behaviour set out in the draft policy might help to allay some worries, uncertainty still remains. The examples currently lie at the more extreme ends of the spectrum of conduct, and it would be useful to have further and more nuanced examples, as well as more commentary around the potential grey areas, and more detailed context for the examples given.

It is also important to note that TPR is not the only one in the driving seat when it comes to the Offences. Both the Secretary of State and the Director of Public Prosecutions could initiate a prosecution, and TPR’s approach will not tie their hands.

Given all of the above, the Offences may well result in more cautious corporate behaviour.

However, as TPR itself notes, the requirement for intent and the absence of a “reasonable excuse” are together a high bar. Complex expert evidence is likely to be required on both sides, with criminal prosecution a time-consuming, lengthy and expensive process. Bearing in mind the limitations on TPR’s resources, the number of prosecutions may well be low; TPR has the less daunting civil route open to it as an alternative.

The idea seems to be to encourage good behaviour by the threat of serious consequence. In terms of changing behaviour, well advised and responsible trustees have little to fear. There should, however, be an increased focus on clear documentation of trustee decisions, and an increased appetite on the part of sponsors to engage early with trustees on matters which may impact on the covenant. 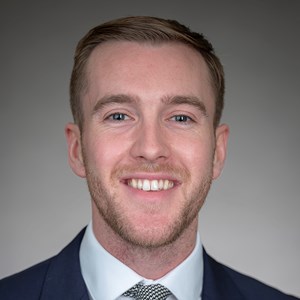 Many trustees and employers are on a constant quest to capture the interest of their membership, and with good reason: there’s a clear correlation between improved member engagement and better member outcomes. With greater information and understanding, members are more likely to make appropriate decisions, keep their scheme up-to-date with the information it requires, and be less likely to fall victim to a scam. But schemes must be careful about the ‘hows’ and ‘whats’, particularly in the light of a couple of recent industry publications. So, how can we make sure employees are engaged and financially literate, whilst avoiding the risks inherent in doing so? 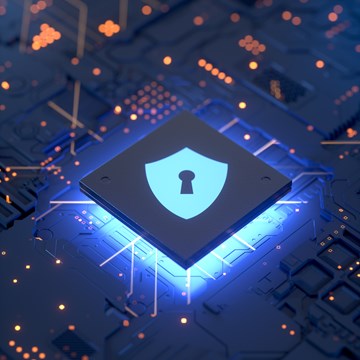 Pension schemes are veritable treasure troves of personal data, holding contact details, bank account specifics, and even scanned copies of passports and utility bills. And managing that data, from a trustee perspective, has never been more complicated and fraught with risk.