For a start, gender differences in the workforce underscore the economic inefficiency of inequality, and poor return on investment in education. Women tend be as well educated as their male counterparts in most developed countries, if not more so. Yet, they are much more likely than men to face a trade-off between accepting paid work and undertaking unpaid work, including caring responsibilities. Consequently, women are less attached to the workforce. And, when they do work, they do fewer average hours, fuelling the gender gaps in pay, progress and opportunities.

The scale of this inequality represents a sub-optimal allocation of resources and a drag on potential economic output. And, looking ahead, the implications of women’s current labour predicament become amplified. Population ageing will become more acute in developed markets, while fertility rates continue to fall. So, more people will exit the workforce with many years of life ahead, while fewer young workers replace them. This will further impede growth potential, unless steps are taken to bolster labour utilisation and productivity. This situation is also likely to squeeze government finances – more spending will be needed for health, social care and pensions, but with fewer taxpayers to fund it. Possible government solutions might include extending the number of years people work, maximising the domestic labour force and importing labour.

For companies, the ageing population risks limiting labour supply even as technology plays a larger role in productivity. Almost 37% of adult women in the developed world are not participating in the labour force, despite high educational standards - a huge untapped source of labour.

Given the opportunities at stake, our research set out to understand what drives female participation in the workforce. By understanding the policy and other constraints that limit women’s full participation in the workforce, governments will be better able to address long-term growth challenges and investors will be better able to assess the diversity and growth outlook.

We analysed data for 31 countries from 2002 to 2016. Our findings suggest five clear actions for policymakers and companies wanting to lift female participation.

1. Ensure men have access to paternity leave so the burden of child-related career breaks is more evenly shared

Women tend to be the second earners in dual-income households and are more likely to be single parents than men. So, systems that put a higher tax burden on second earners and on sole parents are associated with lower female labour-force participation. This is an important and actionable result for policymakers, given second earners continue to be taxed more than single earners in many developed countries.

3. Consider both quantity and quality of female work

Given the care/work trade-off, part-time work and flexible short term employment are crucial in keeping women connected to the workforce. For regular work, our study revealed a positive relationship between employment protection and female participation.

For temporary contracts, we found the opposite: less stringent employment protections were associated with higher levels of female participation. This suggests labour market flexibility may encourage easier entry and re-entry for women who are less attached to the labour force and so more likely to work in temporary and part-time roles. Indeed, we found that higher rates of part-time work among women were associated with higher female participation. This is particularly important during early parenthood for women to retain access to work.

4. Strengthen performance and resilience of the overall economy

The sparsity of good quality, company-level data on diversity and inclusion policies meant we could neither test individual company policies nor explore what works in terms of improving diversity and inclusion, and how that affects corporate performance. Investors have a role to play in encouraging firms to release this information.

For macro investors, this work highlights the importance of social factors in influencing long-term economic and, hence, market outcomes. This is particularly relevant as Environmental, Social and Governance (ESG) issues become increasingly central to investment approaches. The evidence in this research provides further rationale for considering the often underestimated ‘S’ in ESG risks and opportunities, particularly for investors with long-term strategic investment horizons.

Finally, a particularly striking takeaway from this research is the lack of high quality company-level data on diversity and inclusion policies, both in terms of gender and wider minority empowerment. Consequently, we shall attempt to engage directly with companies to gather this information and build a clearer picture of the relationship between diversity and inclusion policies, gender equality and profitability. 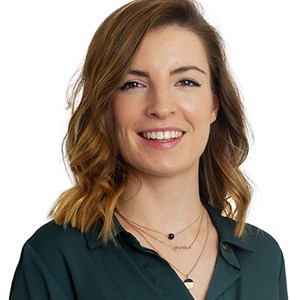 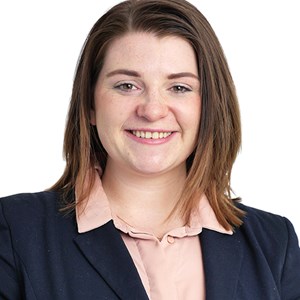