The PMI’s expert panel discusses engagement, asking how we can make pensions real for scheme members.

The decisions members make, or don’t make, can have a huge impact on their retirement outcomes, both good or bad. There can be a fine line between being empowered and having too much responsibility, and that’s assuming you can grab their attention in the first place.

A Pensions Management Institute panel discussion – held on 10 March in conjunction with Arc Pensions Law – took a look at the issue of member engagement, asking what success looks like and what, if anything, schemes need to be doing differently.

Michelle Darracott, chief strategy officer at Smart Pension, said she believes the industry needs to normalise engagement for scheme members and aspire towards the experience offered by organisations such as Spotify and Amazon.

“The absolute utopia would be to create engaging member experiences like that for the pensions industry,” Darracott explained. “Why shouldn’t we aspire to be on the same level as those types of organisations?”

Importantly, however, she said that technology must play a much bigger role in engagement and added that engagement must come before education if schemes wanted to get the best value out of what they do.

Anna Copestake, a partner at Arc Pensions Law, said it is also important to focus on what it is schemes want to get out of that engagement and what the output of such engagements look like – whether that be members increasing contributions, them being more engaged with investment strategy or something else.

She said: “Sometimes I think we can focus on engaging members without stepping back and thinking what do we want out of it”.

Ellie McKinnon, chief executive of The Cheviot Trust, agreed but said consistency and simplicity was also key, noting her scheme tries very hard not to have more than one or two messages per communication and avoids jargon as much as possible.

But she said trust was also important, noting that communication becomes much easier as trustees build up member confidence by explaining what they are doing for members over time.

She explained: “Embedding a high level of trust in your communications and your engagement with members is a really key objective”.

But what does successful engagement look like? McKinnon said a very basic measure could be people simply opening the communications they are sent and completing a certain action but noted that real engagement with pensions is still a long way away.

“We really need to get to where Australia is, where they talk about pensions over the barbie and it’s a real topic of conversation,” she said. “At the moment, however, we seem to be a really long way off”.

Using what are called teachable or pivotal moments – those times in people’s lives where they are perhaps most susceptible to messages about pensions, such as when they move job, get married or have a child – could be invaluable in this regard.

Darracott explained: “It is at these points of time when people are most engaged and you probably get maximum benefit from engaging with them”.

This is one area, Copestake said, where employers could play a role as they often have the key data needed to

make engagement at such pivotal moments a success – and are also more trusted by employees too. But, despite this, there are few requirements on employers to assist.

She said: “There are actually very few obligations on employers to help us in this area. It’s quite minimal in terms of how they have to communicate with employees on this and I have a bit of a bugbear about that”.

The issue of how much employers and trustees can actually tell members was also a big issue for panelists as well as the audience.

As McKinnon explained: “People are nervous about saying anything that could be construed as advice”.

Copestake agreed: “Advice is a personal recommendation, guidance is general principles but there is this massive gap in the middle and that’s where all the useful stuff for members sits”.

She said the industry should put pressure on the regulator to help both trustees and employers get more comfortable with that gap and feel they are able to provide better guidance to members.

Copestake added: “I think we’re letting members down because, at the point they need us the most, we feel our hands are tied”.

The panel also felt the pensions dashboard would help engage people with their pensions but warned against trying to do too much with it too soon, noting a straightforward service to help members find what pensions they had would be an excellent start.

McKinnon explained: “If all we did in the next three years was to provide people with a list of their pensions alongside links to where they could find out more information, that would be a massive step forward from where we are now”.

This view was shared by Copestake. “We have to be careful not to run before we can walk,” she said.

Copestake also believed the increased use of ESG in defined contribution investment strategies would also boost engagement with pensions.

She said: “ESG is an incredibly powerful tool. There’s a lot of evidence there of it evokes quite emotional reactions, which is what we want. But it is also relatively tangible for members.”

McKinnon concluded with her belief that the first key step the industry needs to take is to normalise pension communication. She explained: “Things like apps are great; if people don’t understand the terminology, you’re not going to engage them.”

She also emphasised her thoughts on member guidance. McKinnon noted: “I think trustees have to be brave and take decisions for members. And that means that we need the government to be clearer about advice and guidance”.

Summing up, Copestake’s key takeaway was on the “overriding issue of trust”, which she said was something both trustees and employers could work on. And she agreed with McKinnon that the industry can do more to support members. “Trustees should be and can be bolder,” she added.

Darracott’s final thoughts were around technology, which she felt could be a great enabler if used in the right way. She said: “Technology is a great enabler, but it is a blunt tool in itself – it is not just about the technology itself but also the customer journey that you take the member on”. 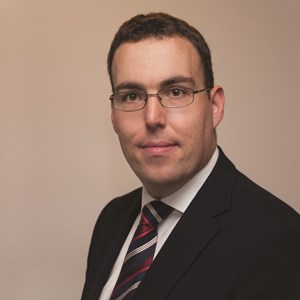 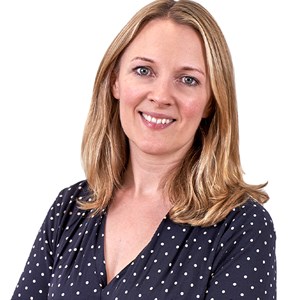 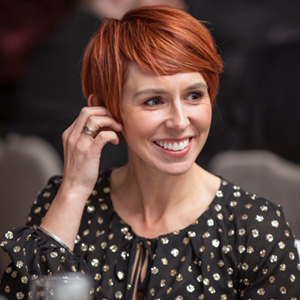 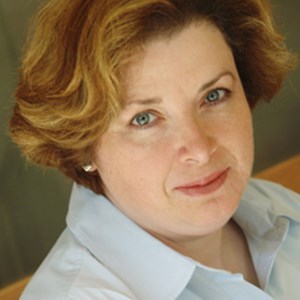