Climate emergency: time for the pensions industry to tell the (inconvenient) truth?

One of the reasons I resigned from a thirty year career in the city was because I worked in pensions.

For the wealthy in the latter stages of their working life, perhaps someone I used to be, you’d be mad not to take advantage of generous tax breaks and carry forward rules. Our ‘business as usual’ economy only has to last a few more years to generate a nice little nest egg for one’s retirement (money that might otherwise end up in the hands of the tax man).

But what about our younger generations? Already leaving university weighed down with student debt and many unable to afford their own home without a loan from the bank of mum and dad, they are told that pensions are a good thing. Look at the generous contributions from your employer and the government, they are told; your 4% take home pay (net) can be an 8% contribution to a workplace pension! There’s safety in numbers...everyone’s doing it (it’s basically free money).

What they are not told is that their money is being invested in an unlivable planet. The stock market growth on which they rely is fueled (literally) by investments in companies whose business plans are sending us to a 4 degree Celsius world. Such a world would include a thirty foot sea level rise, heatwaves and droughts and serious food supply problems, not to mention over half of all animal and plant species becoming extinct. I’m not sure what comfort their pension pots will provide if, by some miracle, the stock markets and financial systems haven’t long since collapsed years earlier under such a scenario.

Perhaps it’s not possible to be guilty of mis-selling when the entire savings industry and government are cheering the twenty year olds on?

The sad thing is, many people who work in pensions are decent human beings, many of them loving parents and grandparents, who I’m sure care very much about the environment. I was very happy to swap a career in investment banking for a job in pensions, first with Smart Pension and then with NEST as I saw pension saving as being a worthy social objective. I proudly shared the news that NEST was the stand out leader in ShareAction’s 2018 ’The Engagement Report’ which included responsible investment. NEST (and the pensions industry at large), is full of people who care passionately about ‘member outcomes’.

But is NEST really a ‘stand out leader’ on responsible investment (and climate change), or is it just the best of a bad bunch? What comfort will it be to NEST members if the stock markets on which theirfutures rely collapse a little less than the majority of the pack? But still, collapse...

No, a ‘stand out leader’ would be aligning itself with Extinction Rebellion (or Mark Carney) by:

And not slow, incremental changes that lull everyone into thinking we have a generation to solve this problem but urgent, in your face, collegiate action consistent with the emergency that even the British parliament conceded last year.

In a speech in 2015, Mark Carney called climate change the ‘Tragedy of the Horizon’. Whilst its catastrophic impacts will be felt beyond the horizon of business or political cycles, by the time they are felt it will be too late to do anything about it.

Well, it seems to me that savings products, into which members save for up to fifty years, have a horizon perfectly aligned with the worst that climate change will bring if we fail to take the urgent and difficult actions that science demands we must.

One of the talks I attended as an employee of NEST was about tobacco companies as an investment. In advance of the talk I’d considered it an acceptable part of any portfolio; as a person who has never smoked a single cigarette, I felt its dangers were well understood, surely, so people were free to use it if they wanted? An hour later I understood about the Tobacco Free Finance Pledge and how the product undermines so many of the UN’s sustainable development goals. Tobacco has no place in any decent human being’s portfolio.

So here’s an idea. Why can’t the pension industry campaign for a ‘Fossil Free Finance Pledge’? There simply isn’t enough time to write open letters to ExxonMobil shareholders in the hope they will stop pedalling their poison or cease lobbying against government action on climate change. Investing in fossil fuel companies should be as socially unacceptable as an investment in tobacco...or pornography.

Just over a year ago I decided I could no longer work for NEST if the product it sold (for all but its oldest members) was likely to end in tears. That’s why I resigned to volunteer for Extinction Rebellion because I didn’t want to have to look my children (20 and 25 years old) in the eye and tell them I didn’t do all that I could.

We all care, so let’s join forces to do what’s right for all members of pension schemes, especially those under fifty.

This article was featured in Pensions Aspects magazine June 2020 edition. 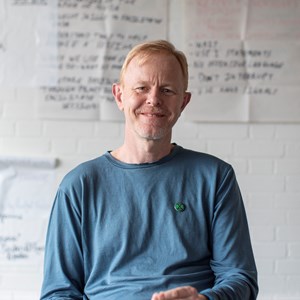 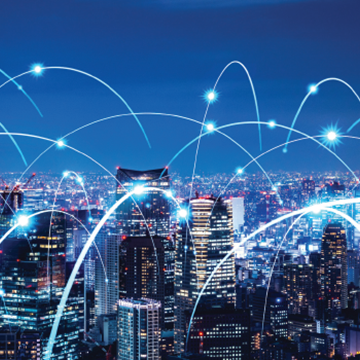 Governance of Master Trusts by 2025 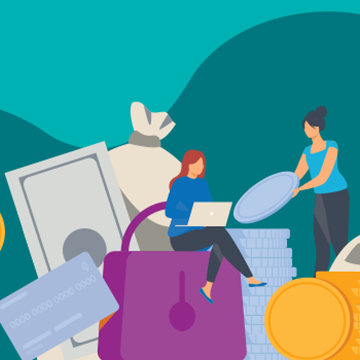 Pension schemes are maturing and the regulator is proposing a new framework for investment, putting pressure on trustees to outline plans to achieve their long-term objectives. An integrated approach to investment, considering the objective in terms of cashflows, may help trustees to reach their goals with greater certainty.