Communication is key in regulation

Liz Hickey outlines how highlighting the Pensions Regulator’s (TPR’s) activities through regular communications has been crucial in becoming a clear, quick, tough regulator. As well as deterring law-breaking, publishing lessons learned helps employers, trustees and administrators be clear about their responsibilities and avoid pitfalls.

Part of our clear, quick, tough approach to protecting savers is to ensure we are transparent about the way we regulate. We use communications as a regulatory tool.

Highlighting our activities through regular communications is one way that we educate employers, trustees and administrators. By publishing lessons learned, we can outline what is expected of them and help them avoid similar pitfalls. It also acts as a deterrent to would-be law breakers.

Recently, we published a report which outlined the full story of a former charity boss who stole from a disability charity’s pension scheme to fund his own lifestyle.

Our latest Regulatory Intervention Report (RIR) shows how Patrick McLarry, the chief executive of Yateley Industries for the Disabled, used pension scheme funds to buy properties in the UK and France and invest in an antiques business owned by his wife.

On 10 February 2020, McLarry, 72, from Bere Alston, Devon, was sentenced to five years in prison and disqualified from being a company director for eight years.

We then began confiscation proceedings under the Proceeds of Crime Act 2002 to recover the money he had misappropriated in the fraud. On 4 September 2020, he was ordered to pay £286,852 back to the scheme, to compensate members for the sums he stole, adjusted to account for inflation.

In February 2021, he was stripped of his MBE after we gave evidence to the Honours Committee.

The RIR shows clearly how TPR is ready to use its powers to bring criminals like Patrick McLarry to justice and, where possible, return scheme members’ stolen savings.

The report also outlines how, working with colleagues from other regulators and law enforcement agencies, TPR will pursue criminals who exploit others’ hard-earned savings for their personal gain - and how whistle blowers are often pivotal to the success of TPR’s enforcement, as this case demonstrates.

Another case in point

The case study, which is published on our supervision pages, outlines how deficit repair contributions into the First UK Bus Defined Benefit pension scheme were nearly doubled from £18 million per year to £33 million per year following intervention by our Relationship Supervision team.

Engagement with First UK Bus, one of the UK’s largest bus operators, began at the end of 2019 when we looked at a number of areas including the schemes’ governance and administration processes. In addition to improved scheme funding, communication and engagement with

members was improved and scheme trustees have undertaken a number of training exercises including one which relates to Environmental, Social and Governance; a key priority for us.

The report shows clearly how our Relationship Supervision work can significantly improve scheme funding and governance standards as it means we can develop relationships with schemes, monitor them more closely, outline expectations and prevent problems from developing in the first place so that savers are safeguarded.

However, our communications are not just written. We recently published the first in a series of podcasts called TPR Talks. As well as educating and deterring, podcasts also allow us to share our thinking around a broad range of issues affecting savers and the pensions industry.

In this first podcast, Margaret Snowdon, Chair of the Pension Scams Industry Group (PSIG) and Nicola Parish, our Executive Director of Frontline Regulation discuss the threat of pension scams.

Margaret and Nicola talked about how the pensions industry should and can do more to fight scams, including signing up to PSIG and TPR’s Pledge to Combat Pension Scams and increase reporting of suspected scams.

They also explored why there are so many different figures around pensions scams and how that makes combating them more difficult, and why pension scams can have a more significant impact on victims than investment scams.

Discussion centred on learnings from the banking industry and why the pension industry needs to become more innovative in tackling scammers, and why they are supporting of plans by the Pensions Minister to write to pensions firms to ask why they are not sharing data.

The podcast gave Margaret and Nicola the opportunity to explore the possibility of putting PSIG’s Combating Pension Scams – A Code of Good Practice on a statutory footing, and how the code is set to be simplified and condensed. They also talked about how putting the scam-fighting multiagency group Project Bloom on a statutory footing with dedicated funding, would help in the fight against fraudsters.

These are just some examples of how we communicate to the pensions industry, employers, savers and government about the work that we do, our priorities and our approach. In the weeks ahead we’ll be continuing to talk more about how we will implement our new Corporate Strategy and plans to consult with industry on things such as the new criminal powers set out in the Pension Schemes Act.

Communications, and being clear about how we work and what we expect, has been crucial in our journey to becoming a clear, quick, tough regulator. 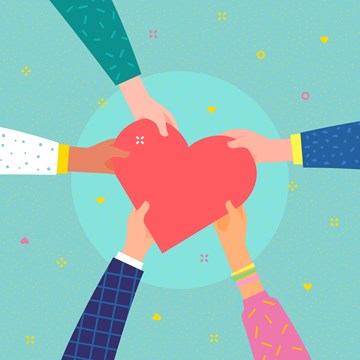 Putting savers at the heart of all we do

Here David Fairs gives an update on recent activity from The Pensions Regulator (TPR) and highlights how TPR has responded clearly, quickly and decisively to change so that workplace pensions work for all savers

Climate change has the potential to de-stabilise the social and economic conditions on which we depend for our pensions system. David Fairs outlines how The Pensions Regulator’s (TPR’s) Climate Change Strategy aims to drive trustees to integrate consideration of climate change right across their decision-making and act on the risks and opportunities so that savers are better protected.