Investment exclusions - a route through the maze

With the need to invest responsibly in mind, many pension trustees are asking whether part of the solution may be to set a no-go policy for some types of investment asset.

Trustees cannot impose their own ethical views on members, so a decision not to invest in a particular asset simply because the trustees happen to think it distasteful is a non-starter. But that does not mean there aren’t other valid routes to adopting an exclusions policy. Allow us to explain. There are, in our view, four potential paths to tread. These are explored below, each with their own set of challenges.

Whilst trustees cannot impose their own moral views, there is a potential legal route based on the views of the scheme’s beneficiaries. Whilst this sounds attractive, in fact it is probably the trickiest to implement from a legal point of view. There remains some debate about the precise nature of the legal test but whichever way you look at it, the law sets the bar very high. Not only is the support of the membership as a whole required, but any exclusion must be shown not to incur risk of financial detriment to the fund. Safely meeting these tests presents a significant, and most probably insurmountable, hurdle to jump for most pension schemes in practice (except perhaps if you are a charity sector trustee: it seems unlikely you would be pulled up for avoiding investments in alcohol if your employers specialise in curing liver disease…).

So, if ethical exclusions are out, the next most obvious place to look is by demonstrating a financial justification. The thinking is sound enough: if an advisor can confirm that there is an under-priced regulatory or reputational risk within sector X or Y and that can be shown to present a financial risk to the trustees’ investment in the long term, surely that is sufficient for disinvestment?

But there remain some circles to square with such an approach.

First, how legitimate is it for the trustees themselves to make that judgement call? Where delegation is made to an investment manager to actively manage a portfolio, a specific decision to limit the manager’s discretion to decide what is in the best financial interests of the portfolio needs some careful thought. For passive mandates there may be a stronger argument, but again the trustees may need to test their rationale against a market view.

Then there is the question of the actual financial impact. In practice, divesting a handful of stocks may make little difference to the overall portfolio. So the ‘financial’ rationale for the exclusion might look rather thin.

Finally, trustees may unwittingly back themselves into an uncomfortable spot in the future. Take coal for example. Say trustees take the view that the market has under-priced the regulatory risk and so divest. If the trustees’ correctly predicted market adjustment subsequently occurs, by their own financial logic they should then be buying back in. Difficult, isn’t it?

In fact this may be the most common exclusion framework adopted by trustees in practice. ‘Adopted’ is a term used loosely, as this is achieved without an express decision. Instead, in considering responsible investment, trustees may have selected a particular manager or fund which has attractive, financially-based Environmental, Social and Governance (ESG)

credentials. The trustees may select such a fund based on a financially motivated conviction in the manager’s overall approach. But, on closer inspection, the manager may be found to be operating an exclusion policy of their own.

Provided the decision to appoint that manager was properly taken (i.e. for financial reasons in the round, rather than on the basis of the manager’s exclusion policy), it can mean exclusion by the side gate. It isn’t perfect, and does not allow trustees to have any input on specific exclusions, but it might actually achieve something close to what the trustees were keen to achieve without them having to make any difficult decisions of their own.

This is perhaps the most interesting of the four approaches, and relies on trustees thinking ‘bigger picture’ about a financially motivated approach.

Take coal: rather than a decision to disinvest specifically from thermal coal on a narrow ‘coal is bad’ basis, trustees decide, on a macro level, that their investment strategy should prefer industries aligned with the transition to a low carbon economy. The trustees may have a strong conviction in the financial merits of such an approach. After all, companies that are not well aligned with that transition may run a higher risk of becoming bad investments. Taking this in the round, it is not too much of a stretch for trustees to identify that there may be some companies that can, by definition, have no place in such an approach. Thermal coal is excluded not for its own sake and in isolation as a financial decision, but as a natural consequence of a broader financial approach.

This may sound like it is splitting hairs, but it has particular force when allied with a similarly motivated engagement policy. If the trustees believe in a strong engagement policy aimed at applying asset owner pressure on companies to align with the Paris Accord, they might reasonably take the view that a divestment threat will be a useful ‘stick’ to beat such companies with. And, taken to its logical conclusion, some businesses may simply be beyond the pale: engaging with a business dependant on mining thermal coal to force it to better align with a net-zero world might be thought the definition of futile. So if the trustees have a financially motivated belief in engagement and engaging could only ever be fruitless in some areas there is a consequential divestment.

Exclusions require very careful thought, and both legal and investment advice, but by thinking of the bigger picture, there may a route through the maze.

Examples currently remain limited. NEST, the government-backed Defined Contribution Master Trust, has shifted away from tobacco investment, while the Universities Superannuation Scheme announced in June it would exclude investments in selected tobacco and weapons manufacturers, and coal mines. Such decisions appear to have been financially motivated. But with growing pressure from campaigns like MakeMyMoneyMatter more trustees are going to have to think hard about what they will and won’t allow in their schemes. 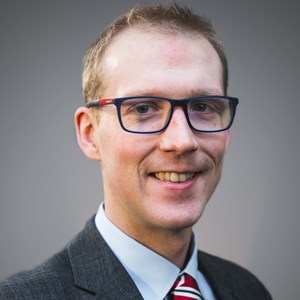 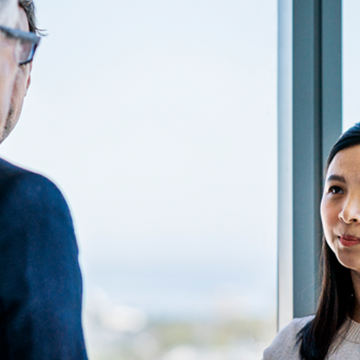 TCFD at a glance: 5 things trustees should know

With a summer explosion of TCFD publications, we set out the basics for schemes:

It would be a lie to suggest that I’d harboured a long term ambition to forge a career in pensions or the law.