Jonathan Watts-Lay outlines key considerations for pension scheme members looking to access their pension early, and what employers and trustees can do to help.

Recent HMRC figures have indicated a surge in early pension withdrawals in the over 55s, which is thought to be due to pressure on household income caused by the pandemic. This has also led to many individuals deciding to retire early when facing redundancy. Conversely, others have put their retirement plans on hold as they aim to re-build their pension pots that have been adversely impacted by the investment market fluctuations. A poll by YouGov found that 13% of over 55s are planning to delay their retirement, whilst a Fidelity study suggests 38% of people will put back retirement by around two and a half years.

Despite the promises of the vaccination programme, it will take time for the economy to recover. It is thought that redundancies are likely to continue and many will still be on furlough or reduced hours, increasing the pressure on household income and potentially resulting in yet more members accessing pensions early. But few realise the implications involved.

Jonathan Watts-Lay outlines some of the key considerations and what employers and trustees can do to help.

There are a number of tax considerations to be aware of when withdrawing from Defined Contribution (DC) pensions. Firstly, up to 25% of a pension pot can be received as tax free cash, however, anything beyond this is potentially taxable at 20%, 40% or 45%.

Also, when someone draws money from their pension beyond their tax free cash entitlement, in most cases a money purchase annual allowance is introduced. This means an annual limit of £4,000 will apply to all future pension contributions, instead of the usual £40,000. If contributions beyond this limit are made, a tax charge will be due. This could be significant for those who are not yet retiring and are continuing working and contributing into their workplace pension scheme.

For many, other savings and investments may be a better source of short-term cash than pensions as it can help to avoid unnecessary tax being paid and allows the pension to grow in a tax-free environment.

Many people live longer than they expect, and so members may underestimate how long they think their savings need to last. For example, The Institute for Fiscal Studies found that those in their 50s and 60s underestimate their chances of survival to age 75 by around 20%, and to 85 by around 5% to 10%. Before accessing their pensions, members need to consider if they will have enough money to last throughout retirement.

A report by Action Fraud found that pension scams had become one of the most common types of fraud to occur last year and that £30.8m has been lost to them over the past three years.

In addition, The Pensions Regulator (TPR) revealed it was investigating over £54m worth of lost pensions savings, in cases affecting 18,000 savers. However, the Financial Conduct Authority (FCA) warned that this number is likely to be much higher.

TPR has advised trustees to urge members “not to rush decisions and provide them with clear, relevant and timely information so they can make informed decisions”. They also instruct trustees to follow the Pension Scams Industry Group code of good practice, based on three key principles including: raising awareness of pension scams for members and beneficiaries; having robust processes for assessing whether a scheme may be operating as part of a scam; and being aware of the known current scam strategies.

XPS Pension Group suggests some schemes are seeing an increase in Defined Benefit (DB) transfer requests in the wake of COVID-19. However, Lane Clark & Peacock (LCP) data suggests the trend in actual transfers is towards a smaller number of higher value transfers, with the average hitting £556,000 in the three months to June 2020. It may be that going forward the three biggest factors in members initiating a transfer request are; transfer value, the specifics of the scheme including strength of the sponsor (whether perceived or real), and lastly, wanting to access cash due to financial constraints brought on by the pandemic.

Ensuring access to appropriate advice is key especially given that XPS Pension Group highlighted that 64% of transfers showed at least one sign of being a potential scam in November. Pricing is also key as contingent pricing was banned on the 1st October 2020, and so DB transfer advice will need to be paid in advance. This means clear charging structures are crucial – the individual needs to be clear what they will pay even if the transfer does not progress.

Many trustees now facilitate access to reputable advisory firms having gone through a due diligence exercise to address these issues.

What can employers and trustees do?

Employers and trustees play a key role in ensuring members make informed choices concerning their pensions. Providing financial education and guidance can help members to understand their options, and the generic risks and pitfalls of certain actions. It can also help them to decide if they would like further support such as regulated financial advice, although this, of course, is a requirement for anyone looking to transfer a DB scheme over the value of £30,000.

For a long time it was considered risky for trustees to provide members access to advice. However, Eversheds Sutherland and Royal London1 suggest this theory only looks at ‘the risks of doing something and ignores the risks of doing nothing’.

When done correctly, facilitating access to regulated advice carries little risk. Due diligence should cover areas such as qualifications of advisers, regulatory record of the firm, compliance process e.g. compliance checks of 100% of cases, pricing structure, and experience of working with employers and trustees.

Ultimately, empowering members by providing them with access to appropriate support should lead to better outcomes for all. 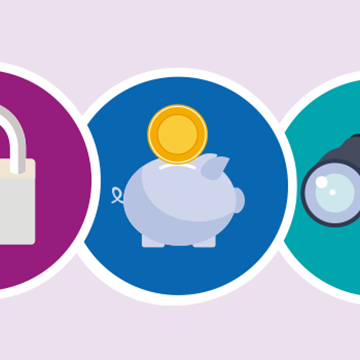 The top concerns trustees have for members approaching retirement

There are many risks around accessing pensions which have become increasingly complex and uncertain. With this in mind, WEALTH at work conducted some research with the Pensions Management Institute to look at this in more detail and have revealed the results. 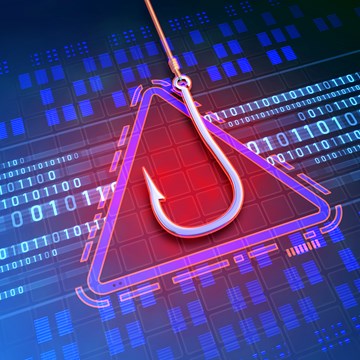 Turning the tide on pension scams

These uncertain times are often seen as a window of opportunity for scammers looking to prey on vulnerable individuals. A report by Action Fraud found that pension scams had become one of the most common types of fraud to occur last year. The pensions industry is facing pressure to do more to prevent this situation, but what role can trustees play?