All a successful trustee needs to do is meet three little tests…pay the right people the right pensions at the right time. If these tests are met, then the job is done well.

Paying the right people sounds like a simple requirement any trustee should achieve. However, not everyone has a straightforward life history.

Sadly, Mr Smith, died recently. The administrators identified Mrs Smith and that there was a dependent child. The trustees had discretion on settlement of the lump sum benefits and a dependent’s pension, but the spouse’s pension had to be paid to the legal widow. Mr Smith had left an Expression of Wish asking for the lump sum to be “split between my widow and child equally”. A straightforward case?

The trustees notified Mrs Smith that she would receive a spouse’s pension and half of the lump sum, the balance would be held in trust for her child until they reached adulthood. The child would also receive a dependent’s pension.

At this point, a second Mrs Smith appeared. On further investigation, it transpired that this lady was indeed the real Mrs Smith. She had married the deceased over 30 years earlier. They had never divorced and so she remained the legal widow. The trustees had to explain to the ‘first’ Mrs Smith that her recently deceased ‘husband’ had been a bigamist.

Changing peoples’ expectations at a time of emotional stress is never easy. The legal Mrs Smith did indeed receive the spouse’s pension. The child and ‘first’ Mrs Smith shared a dependent’s pension and, after a heart-searching meeting, the lump sum was split equally between the three beneficiaries.

The lesson is to check very carefully before paying any pensions.

What are the risks of poor quality data and incorrect calculations? I have seen benefit ‘audits’ whereby over 10% of the benefits were wrong. This can be due to a systemic error, poor documentation or simply low quality work.

The key purpose of a pension scheme trustee is to pay the right pensions, so a benefit ‘audit’ is always a good place to start.

At the right time

This sounds like a simple test to meet. However, not everyone was born in a country which supplies birth certificates.

A member asked for an early retirement pension on their 55th birthday, which required the consent of the trustees. He had been born overseas and did not have a birth certificate. He looked young compared to most people 55 years old, but perhaps he had indeed worn well? He could not produce a passport as he had been brought to the UK as a child. He claimed to be a non-driver so could not produce a driving license. In fact, he had no documentation at all to support his date of birth.

He told us a life history including where he went to school. A call to the school came up with a different answer. The school records still existed and indicated he was only 48 years old!

The final lesson is to think about fraud. It takes many forms and can be hard to spot.

Tony Clare is a professional pension trustee at Probity Trustees Limited. He has over 30 years’ pension experience and is Aptitude qualified. This is recognized as the highest accreditation in the field and is recommended for all professional trustees. 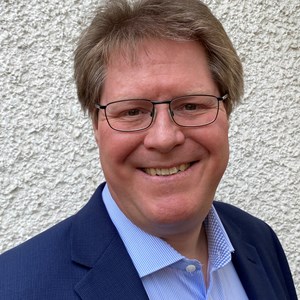