It has now been two years since we ran the first PMI Pulse survey. This initiative, developed by the Policy and Public Affairs Committee, was intended to serve two specific purposes. The first was to assess PMI members’ confidence in the general direction of UK pensions policy and the performance of The Pensions Regulator (TPR). As a result, the first four questions of any Pulse survey will be the same. The second purpose of Pulse is to seek members’ views on specific topical issues. Pulse surveys are issued every six months and, over time, we are able to track trends in members’ views on policy.

Towards the end of last year we ran the fourth Pulse. For the first time, we had sufficient data to track the changes in members’ views about policy. This gave a particular relevance to the first group of questions as for the first time we were able to assess how members’ views had changed over a two year period. This period has also covered the advent of the COVID-19 pandemic and it is telling to note how this has impacted on members’ assessment of the Government’s approach to pensions policy.

Our first question was ‘how satisfied have you been with the direction of pensions policy over the last six months?’ Over the last two years, satisfaction levels have shifted somewhat:

This shows a marked deterioration during the first half of 2019 and a modest improvement over the course of this year. Comments from members indicated satisfaction with TPR’s response to the pandemic, although there were concerns about the increased risk of scams in a period when some scheme members might be desperate for cash.

Question 2 asked ‘how optimistic are you about the direction of pensions policy over the next six months?’ Less than half of those who responded felt particularly optimistic. Members were concerned that the Government might be tempted to make changes to pensions tax relief and that there were likely to be increased regulatory constraints. Others were frustrated at the apparent lack of progress with the Pensions Dashboard.

Question 3 asked ‘how satisfied have you been with the actions of The Pensions Regulator over the last six months?’ As with question 1, this demonstrated changes over the past two years:

Again, there has been a recent recovery after a marked decline expressed this time last year. Members were particularly complimentary about TPR’s response to the pandemic and believe that it has provided clear and timely guidance. There was also a view that the Regulator had struck the right balance between protecting accrued pensions whilst recognising the stresses suffered by scheme sponsors.

The fourth question was ‘how confident are you that the Pensions Regulator will focus on the right areas in the next six months?’ Respondents’ views over the past two years were as follows:

There were fears that TPR would issue an overwhelming amount of guidance. Others felt that the Regulator was two focused on Defined Benefit (DB) schemes.

Again, it is striking to note the extent to which member sentiment has changed over a relatively short period, and also to note the factors that have led to these changes. It could be that these reflect the extremes of the current era – eighteen months ago, it is very unlikely that anyone would have predicted the current pandemic or its impact on society – and it will be interesting to see if this is typical of trends over the longer term.

Another relevant factor cited by respondents was the difference between the private and public sectors, although it could be argued that this corresponded closely to the question about industrial sector.

Over 90% of respondents saw ‘security and value in DB pension schemes’ as being of key relevance to the Baby Boomer generation. A similar proportion saw the threat posed by scams as an appropriate topic of focus. The same proportion also regarded ‘understanding and enabling good saver decision-making’ as an important aspect of activity for those of this age group.

In the context of pension savers born between 1964 and 2004, respondents overwhelmingly agreed that ‘driving participation in workplace pensions’ was an appropriate topic of focus for TPR. There was similarly emphatic agreement that ‘ensuring that savers get value from their pensions and that their money is secure’ was a relevant policy area. The same proportion of respondents also agreed that ‘encouraging and enabling innovation’ was an important topic for TPR to address.

Only half of respondents saw ‘Generation Z’ as having pension needs that would be different from those of Millennials.

Question 9 asked ‘in assessing its policy priorities, how relevant is it for TPR to focus on segmenting the workforce by age?’ Over 80% of respondents saw segmentation by age as being relevant. Comments from respondents cited issues such as access to Defined Benefit pensions and intergenerational fairness as issues that were likely to be particularly difficult for Generation Z. As was the case for Millennials, a generation of workers that were unlikely to own their own homes would need higher post-retirement incomes to cover rent payments. There was a concern that the existing workplace pension model did not adequately serve those working in the gig economy as it did not address increased levels of self-employment or those with multiple ‘micro jobs’.

However, the final question showed strongly that TPR had identified changes in employment trends as an important topic for it to address. In response to a query about other system-level changes that TPR would need to consider, respondents suggested more public education about the pension system, efficient intergenerational wealth transfer and effective strategies to increase contribution rates to workplace pension schemes.

As PMI Pulse has evolved, it has been interesting to note how members’ views have changed and to identify the factors that have influenced their perceptions. Over time, this will provide us with a fascinating guide to policy initiatives and the industry’s response to them. We greatly look forward to learning what the future – in the form of your opinions – will bring. PMI would like to express its gratitude to Joe Moore of Aon for preparing the graphs used in this article.

Another Pulse under our belts and we are looking forward to creating the next one in a few month’s time. Feel free to send in your suggestions to marketing@pensions-pmi.org.uk 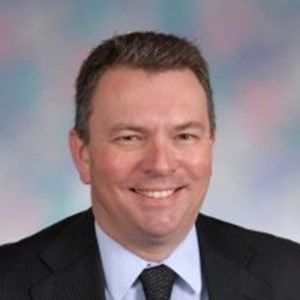 Voting and engagement are crucial aspects of responsible ownership and valuable tools for encouraging companies to adopt better standards of corporate governance and management of Environmental, Social and Governance (ESG) issues. Here, River and Mercantile’s Ajeet Manjrekar explains how fiduciary managers can support trustees to meet their regulatory obligations by challenging and influencing underlying fund managers’ behaviour and policies. 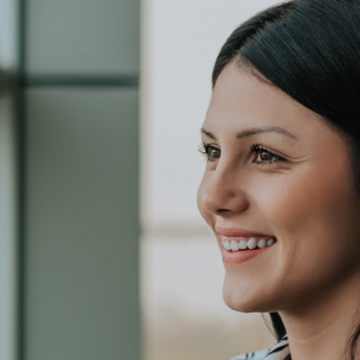 Reporting on Dalriada Trustees’ first year as a PRI signatory

Dalriada Trustees became a signatory to the United Nations Principles of Responsible Investment (PRI) in September 2019, the first Professional Trustee firm in the UK to do so. Over the last year or so we have been working to better incorporate Environmental, Social and Governance (ESG) factors both within how we undertake our role as trustee and in how we operate internally.