To go the extra mile? Facilitating financial advice for DB scheme members seeking to transfer out

“Despite our previous interventions, both with individual firms and across the sector, we think the risk of harm from unsuitable advice remains unacceptably high.” FCA, Policy statement on pension transfer advice (June 2020)

We don’t have a crystal ball, but we strongly suspect the next few months will bring a rise in requests for Defined Benefit (DB) transfers.

As the government’s furlough scheme winds down and the seemingly inevitable wave of redundancies hits, more DB members are likely to consider transferring to a Defined Contribution (DC) scheme to unlock cash.

In June 2020, the Financial Conduct Authority (FCA) confirmed its plans to, among other measures, ban contingent charging for financial advice on DB transfers from 1 October 2020 (except in certain, limited, situations). While this has been welcomed by many, and may well lead to improvement in the general quality of advice, it may also result in further contraction in the numbers of advisers offering DB transfer advice and potentially an increase in cost for members.

Reports suggest that there has been a material upturn in scammers trying to take advantage of members’ vulnerability during the coronavirus crisis.

Against that background, this seems an important time for trustees and employers to think about supporting members with what could be one of the most complex and important financial decisions they ever make.

There are a range of options here - from doing nothing or just offering generic pensions education to, at the other end of the spectrum, vetting and selecting a panel of Independent Financial Advisors (IFAs) and appointing a third party to monitor the quality of advice. We have worked on projects for our clients who have embraced the idea of facilitating financial advice for their members within a well governed framework – and we are seeing interest in this area increase.

When deciding whether to help members access IFA advice and, if so, how, it’s important that trustees weigh up the pros and cons of doing so, and involve scheme sponsors in this decision.

Some trustees and employers may hesitate to get involved in recommending, paying for, or otherwise facilitating financial advice because they are not legally obliged to do so. They may worry about whether they are extending their duty of care as trustees. Trustees and sponsors are also likely to want to consider the cost/benefit analysis.

It is important to remember that there is no risk-free option here. Even if the member doesn’t meet the requirements to have to get IFA advice, under legislation trustees still have to recommend that the member gets financial advice before transferring their DB benefits. Doing this without supporting the member to find a decent IFA, involves a degree of risk for

schemes. This issue came into particularly sharp focus following the British Steel Pension Scheme restructuring exercise in 2017/18. The ensuing Work and Pensions Select Committee enquiry and Rookes report both expressed grave concerns over the inadequate support received by members in deciding whether or not to transfer out their benefits. In our view, recommending IFAs within a proper governance arrangement, on balance, is likely to be lower risk for trustees than the alternatives.

Trustees and sponsors may also consider it the right thing to do to help members with what could be a life-changing decision in the context of what the former Chief Executive of the FSCS, Mark Neale, recently described as an industry “characterised by a bewildering array of products, by complexity … and by profound information asymmetry”. Ultimately, members are likely to get better quality advice from IFAs identified by trustees who have carried out proper due diligence. The advice itself may also be less expensive due to economies of scale.

Our team has worked on various projects for trustees who have decided to proactively help members access financial advice. Here are some of the points we have learned to watch out for:

That is not to say that all DB scheme trustees should go beyond their legal minimum duties and proactively help members with IFA advice. However, in our view, particularly given there’s no risk-free option, they should certainly be putting it on the trustee meeting agenda to consider. What to do after that will be a call for each trustee board to make. 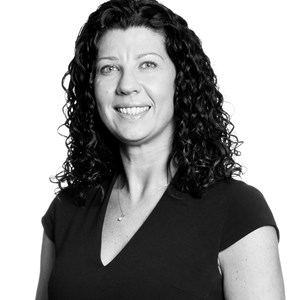 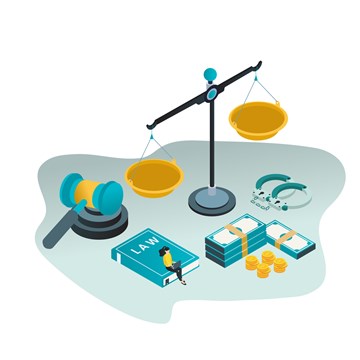