Turning the tide on pension scams

These uncertain times are often seen as a window of opportunity for scammers looking to prey on vulnerable individuals. A report by Action Fraud found that pension scams had become one of the most common types of fraud to occur last year. The pensions industry is facing pressure to do more to prevent this situation, but what role can trustees play?

Since COVID-19 first struck more than a year ago, pension scams have been on the rise with thousands of savers affected. Action Fraud warned in April that almost £2 million has been lost to pension scams so far this year, and that reports of pension fraud received in the first three months of 2021 had increased to 107 which was almost 45% more than the same period last year.

Unfortunately it’s a problem which has been around for some time and the Pension Scams Industry Group estimates that £10bn may have been lost to pension scams by 40,000 people since 2015, when the pension freedoms were introduced. Losses can range from under £1,000 to up to £500,000, according to Action Fraud.

Defined benefit (DB) pension transfers are a particular area of concern, and the XPS Pension Group highlighted that over half of DB transfers in March this year indicated at least one warning sign of a potential scam or, at the very least, the potential for poor member outcomes. It also said that the level of red flags were much higher than before the pandemic.

Whilst most people are confident that they are able to spot a scam, research by Citizens Advice found that more than 1 in 8 of those approached had been drawn into the latest scam targeted at them. It can be easy to see why so many are caught out. Scammers have legitimate looking websites and their friendliness can make you feel like they know you well.

However, there is an opportunity for Trustees to prevent this situation. The Pensions Regulator (TPR) has asked Trustees to pledge to do what they can to protect scheme members, including providing regular warnings on pension scams, encouraging members who are considering cash drawdown to access impartial guidance from the Money and Pensions Service, to carrying out checks on pension transfers, and warning members that insist on high-risk transfers.

The Pension Scams Industry Group (PSIG) has recently updated its Code of Good Practice to reflect the latest regulatory and legislative changes, as well as the evolving nature of pension scams. In particular, key changes relate to TPR updates including a new letter which warns members who are thinking of transferring their benefits to a defined contribution arrangement of the risks of doing so; as well as additional guidance for trustees to encourage

the use of Pension Wise or regulated advice, and to provide risk warnings about complex investment structures.

The new recommendations by PSIG include for trustees to consider the use of the telephone to engage with members during the due diligence process and before any transfer payments are made, when concerns of pension scamming have been identified. Also, all transfers of concern should now be reported and not only those which are refused. The PSIG’s three core principles remain the same including: raising awareness of pension scams for members and beneficiaries; having robust processes for assessing whether a scheme may be operating as part of a scam; and being aware of the known current scam strategies.

What can trustees do?

Trustees play a key role in ensuring members make informed choices concerning their pensions. This includes providing financial education and guidance as it can help members understand their options and what red flags to look out for. It can also help them to decide if they would like further support such as regulated financial advice, although this of course is a requirement for anyone looking to transfer a DB scheme over the value of £30,000.

Carrying out due diligence on providers can make the process far more robust. This should include checking that any financial education and guidance providers are workplace specialists with experience of providing support to members to help them understand key issues at retirement such as tax implications, risks around DB transfers and how to spot a pension scam. Due diligence on regulated advice firms should cover areas such as qualifications of advisers, regulatory record of the firm, compliance processes e.g. compliance checks of 100% of cases, pricing structure, and experience of working with employers and trustees.

It’s time that trustees turn the tide on pension scams and put in place robust processes to support and protect members. This now needs to be about striving for good member outcomes and not minimal compliance, as many years of pension savings can be lost in the blink of an eye.

This article was featured in Pensions Aspects magazine June 2021 edition. 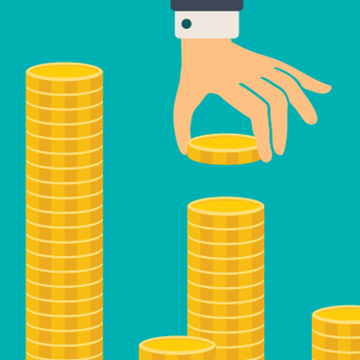 Jonathan Watts-Lay outlines key considerations for pension scheme members looking to access their pension early, and what employers and trustees can do to help.