Governance of Master Trusts by 2025

This is the fourth essay in a series of six produced by the PMI’s Master Trust Innovation Workstream. This essay sets out how we can expect the governance of Master Trusts to evolve in the next five years.

For all Master Trusts governance is paramount. So what do we think governance will look like in 2025?

Time will tell whether Master Trust authorisation has truly been a success. For the time being we can say that it is a very important foundation for the future. But the authorisation regime brings huge compliance demands, which risk distracting trustees from focusing on governance standards.

In an increasingly competitive market, forward thinking Master Trusts will conclude that deciding what’s best for their trust and members is integral to good governance and that in turn good governance is inherent in delivering good outcomes. This means a constant improvement of governance standards, above and beyond TPR's compliance demands.

We hope that TPR will be sympathetic to this. Its compliance and information requirements are much greater for Master Trusts than for many businesses overseen by the FCA or PRA, although we expect this to balance out by 2025 as TPR's supervision regime reaches maturity.

We know from FCA and PRA regulated areas that too strong a pre-occupation with compliance can sometimes hinder overall good governance. Well-run Master Trusts should beware and operate compliance and governance in tandem without losing sight of the end goal of delivering good member outcomes.

Who drives progress: trustees or provider?

At a basic level, trustees are central to achieving high governance standards. They are best placed to promote strong governance. For provider-led commercial trusts, the governance dynamic between providers and trustees will continue to develop. This is an interesting area where the industry is breaking new ground. By 2025 providers should recognise that their interests are fully aligned with trustees: rather than a power struggle, a focus on a common goal.

In other words a relationship of mutual support and challenge where each has a valued contribution to make, generating a constant improvement of standards, above and beyond compliance, in the best interests of members. Some Master Trusts have taken great steps in that direction, with the appointment of strong independent trustees an important step. Further, by 2025 we expect to have a better understanding of the merits of cognitive diversity. Before 2025 we expect that trustees of all leading trusts will move into a genuine non-executive role where they spend less time overseeing day to day matters and more time acting as a healthy challenge to the management team or provider. Well resourced and appropriately experienced management or trustee support teams will be critical to enable this. We expect that governance 'drift risk' could materialise between now and 2025 so trusts with strong trustees will then see a competitive advantage. Providers should increasingly recognise the commercial value of strong trustees and the challenge they bring to the commercial proposition.

Will employers have a stronger role?

Currently employers don't have a really direct role in driving governance in most trusts – particularly those aimed at the SME market, but also for many trusts targeting larger employers. Some trusts have employer forums although these are not always well attended.

But conscientious employers will have a role to play in trying to maintain standards. Their influence should extend beyond the initial selection process. That could especially happen if like-minded large employers talk to each other, and co-ordinate in putting pressure on their trustees and provider.

The secondary market will develop before 2025, giving some larger employers particular leverage to drive for first class governance standards as a key aspect of trusts' commercial proposition. Engaged employers should start doing that well ahead of their re-tender.

We see no reason why conscientious employers shouldn't co-ordinate in this drive. This could be an important and valuable development in governance by 2025.

What impact will members have on governance?

Trusts are already required to seek more feedback from members, for regulatory and commercial reasons. There is wider scope for trustees to use member feedback in line with their fiduciary and trust law responsibilities to inform their governance approach.

It will help if trustee boards include specialist experience in retail communications. Some leading trusts have already taken this step.

A further route might be obtaining feedback through social media. There's some initial progress in this direction through ESG apps. Broader use of social media might take longer, not least because many large employers might feel uncomfortable allowing their branded pension to intrude on their employees' time away from the workplace. But this may change.

Some traditional pension providers might find it hard to lead in this area for a mixture of reasons. Disruptors might emerge though, perhaps in partnership with established providers. If so we could see exciting and valuable change.

If trusts do find a way of using social media for member feedback, this will itself require a new layer of governance: around oversight of messaging, how communications are targeted, communication frequency and what happens to the data gathered.

In all this it shouldn't be forgotten that governance improvements will be especially important in maintaining good outcomes for deferred members. Trustees and providers should take care to see them as a particular area of focus. We expect a solution to small pot proliferation to be found by 2025, increasing the operational and financial efficacy of master trusts whilst protecting member outcomes.

Decumulation is an area where governance will need to develop to meet demand. We expect that this process may still be on an upward curve in 2025. But we would expect to see some important developments before then.

We know that the regulation of decumulation by the DWP and FCA will develop, and we hope this will be in a direction that helps members. Providers and trustees have an important role to play in campaigning here.

There is also certainly a role for providers and trustees to come up with decumulation solutions – perhaps, eventually, through the social media channels that we have touched on above. High development costs and economies of scale might be a barrier for some providers, so it's possible that a smaller number of providers might find a decumulation solution that's used across the market, including for the reducing number of employer run schemes.

Either way, governance of mass decumulation is in its infancy. Providers and trustees should go out of their way to learn governance lessons from other countries where DC decumulation is more established, but remembering all the time that markets differ. They should aim for a really strong progress report by 2025.

Who will be pension providers by 2025?

Should we assume that traditional pension providers will still operate the same way? Or could we move to a more open source structure, where the different functions (investment, administration, trustee support, governance, compliance etc) are not all provided by the same commercial organisation?

The answer will come down to commercial drivers but we wouldn’t be surprised if there are further changes in this direction before 2025. In some ways this would make sense: the best company at running investment strategies won't necessarily be the best at administering pensions, supporting trustees with their decision making or managing the supervisory relationship.

If we see separation of this type in the market, it's essential for the providers and trustees concerned to make sure that governance standards don't lapse. This could be an important 2025 governance challenge – and an example of where large employers could play a strong role in maintaining pressure, if needed. 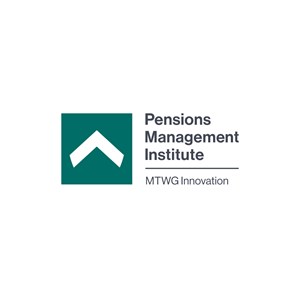 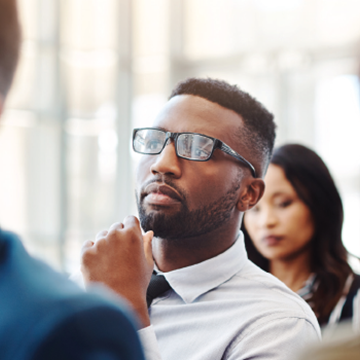 Innovation in regulation and supervision of Master Trusts

This is the final essay in a series of six produced by the PMI’s Master Trust Innovation Workstream. The other essays looked at what we expect a good Master Trust to look like in certain areas in five to ten years’ time. This essay draws on those themes and looks more widely at what is needed from a regulatory and supervisory perspective.

The PMI’s DC Master Trust Group was established to help overcome barriers to offering a good service to members. As part of bringing the group together, the decision was made to include not just Master Trust providers but representatives to the supply chain. The delivery of good services requires many different components to work together in harmony. Without bringing together the component parts, we would not be able to work towards overcoming the barriers.