The Pensions Management Institute (PMI) is pleased to announce the successful re-appointment of Lesley Alexander as its President with effect from its 45th Annual General Meeting on 29 July 2021.

Lesley will remain Chair of the Advisory Council as well as in her Board position as Non-Executive Director (NED).

Lesley has over 20 years of experience in the pensions industry. She is currently a Director with ZenZero Consulting, a firm specialising in strategic solutions for UK pension schemes, and was previously Partner and Managing Director at Ferrier Pearce, as well as CEO of the HSBC Bank Pension Trust.

Tim Phillips, Director of Smart Pension will stand down in his role as Vice-President, having served a two-year term, meaning he will step down from the PMI Board as a NED. We’d like to thank Tim for his years of invaluable service to the Presidential team and Board that he has provided.

Rosie Lacey, Group Pensions Manager at De La Rue, replaces Tim, having been elected as the new Vice-President. Rosie will join the Presidential team as well as the PMI Board as a NED as part of her role. We’d like to welcome Rosie to the team and look forward to working with her.

Sara Cook, Principal at Barnett Waddingham, having successfully been elected as Vice-President in 2020, remains in her role for a further year.

Unlike previous years, where we have announced changes to the Advisory Council, there are in fact no new announcements to make as no Advisory Council members have stood down by rotation. However, the PMI is very pleased to announce that Ruston Smith, Chair of the Tesco Pension Fund, has been appointed Chair of the PMI Board, replacing Alan Whalley. Alan, however, remains a NED for a further year.

Sarah Drummond, Senior Corporate Lawyer at the IFoA, has also been appointed to the PMI Board as a non-Advisory Council Fellow co-opted NED.

“As the PMI continues in its goal to encourage high standards across the UK pension industry, the role of President is crucial. That is why we are delighted that Lesley Alexander remains our President of the Institute. Lesley’s wealth of experience and expertise has been invaluable in the past year. The President is the principal ambassador for the Institute, and we very much look forward to continuing to work with her.

"In addition to Lesley's reappointment, we're pleased to welcome Ruston Smith as the new Chair of the Board. Ruston's extensive experience will be vital in steering us through the next phase of the PMI's development. We would also like to thank Alan Whalley for his three years of excellent service as Chairman. His contribution has been instrumental in improving our governance within PMI."

"As the pensions industry continues to battle challenges from coronavirus pandemic and the economic uncertainty it has created, I am delighted to continue to support the PMI as it aims to help guide the industry through these unchartered waters. I very much look forward to continuing working with my fellow Honorary Officers and the rest of the Advisory Council. I would particularly like to thank my colleague Tim Phillips, whom I have worked closely with now for a number of years, not only on the Advisory Council, but also on the Presidential team, for his dedication and commitment to the PMI. We do however, welcome Rosie Lacey, whom I am sure will provide equal expertise and valuable contributions to the team going forward.”

Ruston Smith, newly appointed Chair of the PMI Board, comments:

“With the challenges facing the pensions industry growing by the day, the role of the PMI in supporting, informing, and equipping trustees and pension professionals to carry out their roles has never been more important. I’m excited to working with the PMI team to continue its excellent work, raising professional standards across the UK through its wide range of activities, courses and events.” 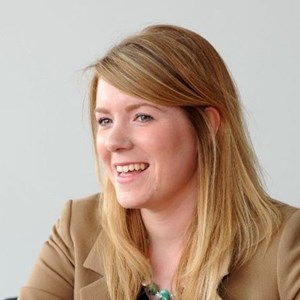 The Pensions Management Institute (PMI) is pleased to announce the successful appointment of Sara Cook, as its President with effect from its 46th Annual General Meeting on 27th July 2022. Robert Wakefield, First Actuarial, has been elected as the new Vice-President.

The Pensions Management Institute (PMI) is pleased to announce the appointment of Lesley Alexander as its new President with effect from its 44th Annual General Meeting on 6 October 2020.