Professional trustees claiming to have “provisional” trustee accreditation are creating confusion in the market and are undermining the whole process, the Pensions Management Institute (PMI) has warned.

Writing for Professional Pensions, the organisation said provisional accreditation has "no validity whatsoever", and that several of those who said they had this had yet to sit the necessary exams.

Board chairman Alan Whalley said these cases were "particularly concerning" and added: "This is something which a credible accrediting body should eradicate immediately."

He also suggested The Pensions Regulator (TPR) was not doing enough to ensure high standards were being met, claiming it had "adopted a curiously passive stance when there have been developments which fundamentally subvert the core objectives and agreements" of the accreditation programme.

The standards "are being compromised" and this "should be a serious concern", he added.

It comes after the Association of Professional Pension Trustees (APPT) last month announced 14 trustees had been accredited, while another 40 had gained provisional accreditation while they awaited an opportunity to sit the exams and complete DBS checks.

The PMI and the APPT have launched separate accreditation regimes, although they are both based on the same standards agreed by the former Professional Trustee Standards Working Group (PTSWG). The PMI has launched a public register, which confirms it has accredited just two trustees so far, including Michael Clark of CBC Pension Services.

Whalley said: "It is in everyone's interest to ensure that the highest professional standards are observed and that any activities which would subvert this objective are stamped out promptly. If not, the flexibility of self-regulation may rapidly turn into legislative prescription."

But APPT chairwoman Nita Tinn said the provisional route was necessary given the Covid-19 lockdown restrictions.

She said: "As the recognised industry body representing professional pension trustees, we want to ensure that all professional trustees are able to gain official APPT accreditation as soon as possible, which is why - having consulted with TPR - we began accepting applications for accreditation in April.

TPR said it would monitor the rollout of the accreditation regime and said it would consider "alternative solutions" if there was any evidence that it was not achieving the desired outcomes.

A spokesperson said: "TPR was closely involved in the development of the professional trustee standards and we support accreditation as a means of assessing whether trustees are meeting those standards. This is an industry-led initiative.

"We will however monitor the success of voluntary accreditation, regardless of the number of bodies facilitating it. If evidence emerges that it is failing to achieve the desired outcome of enabling professional trustees to demonstrate a high standard of trusteeship, then we will consider alternative solutions." 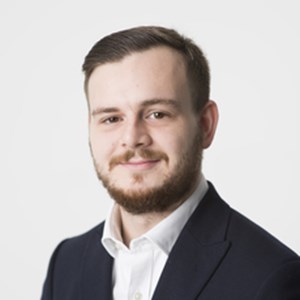 The Pensions Management Institute (PMI) is launching a new accreditation regime for lay trustees. This follows the highly successful accreditation programme for professional trustees, APTitude that was that launched last year.