Technical News March 2021. I suspect that at least some readers will be wondering how this topic could be turned into a whole article...

After all, if you use the conversion method then surely once the calculations have been completed, it is simply a matter of storing new benefit data? And if you use one of the other methods, then scheme administrators will again need to update member records and store new data, plus do some annual comparisons. What’s the big deal?

If I was to tell you that a project plan for a scheme that needs to equalise Guaranteed Minimum Pensions (GMPs) is split into five phases, the first of which contains nine separate elements, and just one of those elements involves assessing the suitability of the data held for every single individual member of the scheme who has GMP, the magnitude of the task is a little easier to grasp. It’s huge.

GMP equalisation is an enormous and complicated project, and administrators are absolutely key to its success. They need to be involved from the outset. It may help to think of GMP equalisation as being akin to a house renovation project, where the administrators’ role is similar to that of the builders’. You can agree what to do with your architect, surveyor and structural engineer, but all those discussions will be theoretical until you involve your builder too. There is no point in everyone bar the administrators agreeing how to proceed, then finding out there will be unexpected cost implications because the required data is not available. Or because the required calculations cannot be run within the current administration system, or the expected timetable is unachievable or other such barriers to the success of the project.

A word of warning - if much of this sounds unfamiliar then I would urge you to start thinking about this matter now. GMP equalisation is incredibly complex. It is not a project you want to get wrong. Apart from the significant cost, it’s certainly not something you want to have to go through twice. To help equip you for the task ahead, here are some examples of the work administrators will need to undertake.

You need to have the contracted-out data for the whole of the period during which GMP was earned. Some schemes may not have this data at all, and others may have it but the details may need extracting by hand from individual member files. Of course, if the trustees have confidence in the existing GMP records, a pragmatic approach could be taken to work with the existing GMP data, calculating the opposite sex benefits needed for GMP equalisation, without recourse to the contracted-out earnings data at all.

Either way, administrators will have the best understanding of the gaps in a scheme’s electronic data and getting them involved early to carry out a formal data gap analysis to understand what is available, and agree the best way forward for dealing with anything that is missing, could be advantageous.

The foundations of your data need to be strong before you can sensibly build on them.

Your administrators should have an excellent understanding of the accuracy of your data and can give the best advice regarding data cleansing. They are likely to be able to give you an overall view on the quality of the data and point you to specific issues that should be addressed.

By way of example, I know of one scheme where many members had frequently changed their part-time hours and the associated data was known to be unreliable. As a full data cleanse was not something the pension manager had time to address, the trustees had historically chosen to wait until each member retired before checking their part-time data. This issue will now need to be fully addressed for all members prior to rectifying and equalising benefits.

Sometimes, indeed usually, it’s better to rip off a plaster in one go than to very slowly peel it off. This may mean getting temporary additional resource but it’s likely to be worth it in the long term.

Sometimes it will either be impossible or extremely difficult to obtain missing data. This is where a data gap analysis should show its worth: proposing pragmatic assumptions to compensate for insufficient data and liaising with actuarial colleagues and other advisers as appropriate.

It will almost always make sense to check whether the GMP held within the scheme’s administration system is correct and, if not, to rectify equalising it. There is little point in performing calculations using base data that is not correct as this will only require further calculations at a later stage.

HMRC has been issuing final data cuts showing the contracted out data it holds for each pension scheme. Most schemes are in the process of checking their contracted-out data against the information included in the final data cut and amending benefits when required. This in itself is a significant task. Individual member records need to be scrutinised and compared against HMRC records. Discrepancies need to be investigated and resolved, and administration systems need to be updated in order to move on to calculating rectified benefits.

Once rectification calculations have been run, the administrator will need to talk the trustees through the results. It is expected that members’ total pensions at retirement will mostly be unaffected but that the split of those pensions into different tranches will be different post-rectification. It is, however, possible that some members’ total benefits will be affected. The trustees will, in discussion with the administrator, need to agree on any assumptions that may be required and how best to communicate changes to members. It is possible a re-run of the rectification calculations will be required once the trustees have seen the initial results and are able to clearly see the effect of any assumptions made and what they mean for individual members. Other matters to agree will include how to deal with any over and underpayments to pensions in payment and transfer values.

It may be possible to rectify GMP and then to equalise it, and only inform members of the change in GMP at that stage. This will avoid members being contacted twice. However, the populations of members in these two exercises will be different (despite some overlap) and it is difficult to justify delaying the award of a member uplift just because there might be another uplift on the horizon. Perhaps different calculation systems will need to be used for the two exercises making it more challenging from a risk and timing perspective. Joined up member communications will, however, be important and this can be managed by dividing the membership into different populations depending on which of the two exercises will affect their benefits and whether their benefits will be increased or reduced. The best way forward will vary from scheme to scheme and the scheme administrators will play a critical part in discussions.

The administrators will need to write to members to confirm any changes due to GMP rectification. They will also need to deal with any responses received.

The new data will need to be recorded on the scheme’s administration system, and it will also be necessary to maintain an audit trail. In thirty years GMP rectification may be similar to what anti-franking is now, a complexity that only the more experienced pension professionals have a basic understanding of and one that only a very small number fully understand. We suggest a detailed project closure report is produced so that it is easy to establish exactly what has been done.

All this will take time and the work done is likely to fall outside the fixed fees levied by third party administrators. As a consequence, the project plan I mentioned at the start of this article needs to contain cost estimates and deadlines so there are no nasty surprises on fees and everyone is clear what is achievable.

Once the above steps have been completed it’s time to start thinking about the headline item: GMP equalisation.

A considerable amount of preliminary work needs to be done as there are a number of decisions to be made, not least how things will be done. These include:

There will be other tasks too. For example, if GMP is converted then a process review will need to take place to remove all reference to GMP. If dual records are being implemented, then new processes will be needed to undertake the ongoing comparison to check that a member is still being paid the higher of equalised benefits.

Member communication is also highly important. Communicating to members the changes to their benefits and responding to queries raised will be a crucial part of the role. Who is better placed than administrators to convey this difficult to understand topic to members? 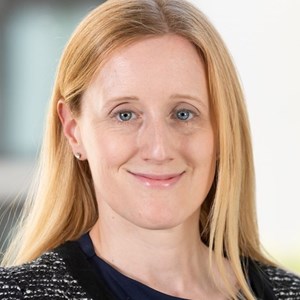 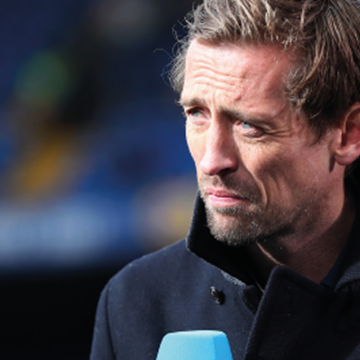 Not another data article!

You don’t have to look too hard at the moment to find a pensions article that touches on, or even focuses on, data. Working with masses of data in our pensions day-to-day life isn’t anything new. But after listening to a podcast I thought I’d use this article to reflect on changes over the years in how we collect and use data.