As well as a busy pipeline of schemes coming to market there are a few other things going on that are worth noting:

The future direction of the prudential regulatory regime for UK insurers post-Brexit is currently a hot topic of discussion, particularly in light of HMT’s review of Solvency II (SII). There has been much speculation that the end result of this will be materially lower capital requirements for annuity writers and that this will lead to cheaper pricing for pension schemes. However, this may be slightly wishful thinking as the mood music from regulators suggests that they consider the level of capital currently held by insurers to be broadly at the right level.

There has been a clear change in the last 12 months in the amount of conversation around environment, social and governance (ESG) factors. Many pension schemes, asset managers and insurers are working on formulating clear policies, clear disclosures and clear commitments. As an insurer we have to make specific disclosures to the PRA to evidence that we have considered these risks, and our first public report detailing our policies will be released in the coming months. We are also beginning to see pension schemes take more of an interest in insurer ESG policies and taking them into consideration when deciding the long term home for their members.

As of September 2021, the way swaps are collateralised will change for a large number of long-term investors, including insurers like Rothesay, and the very largest of pension funds. Certain swaps that are put in place after this date will be subject to a requirement for Initial Margin. Initial Margin is additional collateral that both parties will need to exchange with the other party with the aim of reducing counterparty default risks further. Trustees that are planning to complete a bulk annuity should therefore explore whether swaps are likely to be transferred as part of the premium payment and investigate whether additional costs will be incurred.

It’s fair to say the level of deferred liabilities in the market has increased. This is being driven by pension schemes, who have previously carried out pensioner buy-ins, now wanting to secure the remainder of their liabilities as well as those schemes who have found themselves able to afford buy-out in one transaction. The good news is that deferred capacity in the bulk annuity market also increased and deferred heavy transactions are seeing attractive pricing. Reinsurers have also increased the level of deferred liabilities they are willing to take on which is one of the drivers for the increased capacity. 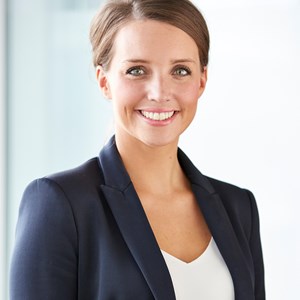