Recourse and your journey plan can you get there from here?

The strength of the covenant will, in part, determine how much risk a scheme can take on its funding journey and, therefore, how long a scheme will take to achieve its long-term funding target. The starting point in evaluating the covenant is understanding where the legal obligation to your pension scheme lies.

Has the recourse changed over time?

Recourse can be simple: most schemes generally start with a single employer being the main UK operating company. However, the passage of time and natural business evolution often impact the covenant and the entities on which a scheme is placing its reliance.

An employer’s economic substance may have reduced via transactions or underinvestment over time, often due to mergers and acquisitions (M&A) or intergroup restructuring. As such, the sponsoring entity may have more limited capacity to support a scheme than it had historically.

Ultimately, cash flow pays pensions and confidence in the availability and predictability of that cash flow now and in the future underpins how much risk a scheme should be running.

Is the journey plan relying on informal wider group support?

Where employers have been absorbed into larger groups, including overseas parents, such enlarged groups can be significant relative to a scheme’s UK employer. In some instances, we have seen trustees implicitly placing reliance on the wider group (often with the sponsor’s encouragement) when determining the ability of the covenant to support a scheme’s journey plan.

However, it is often the case that a scheme has no legal recourse to the wider group and can only look to its direct sponsoring employer for financial support when push comes to shove. It is important, therefore, that trustees and sponsors recognise that investment risk taken, and the journey plan targeted, are based on, and proportionate to, actual legal recourse.

In many instances, the covenant can be extended and strengthened through a formal guarantee, at limited cash cost to the sponsor. This may help reduce a scheme’s reliance on cash contributions when setting an optimal journey plan.

Get to know your recourse

Identifying recourse and its strengths and limitations can be informed by a covenant practitioner in concert with legal advice. As well as identifying who the employers are, it is also important to know where they sit within a wider group, their financial significance and what other creditors or contingent obligations may compete for the same value.

Recourse can represent a significant pitfall to a scheme’s journey to full funding. We will be looking at recourse and how to enhance it to match a scheme’s long term goals in more detail at Penfida’s PMI Academy training session on 27 April 2021. 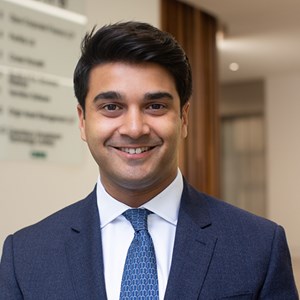 Leading the way. Read the latest issue on the flight path to captivating member engagement.