The true scale of the amount lost to pension scams, and the number of victims, is likely to be much higher as victims often don’t realise they have been tricked until many years later. Nicola Parish calls on pension schemes to step up their reporting on scams - warning that a clear understanding of the size of the problem and good quality intelligence is crucial to beating the scourge of scammers.

Earlier this spring, the Work and Pensions Committee called for global tech firms to do more to fight fraudsters. This would certainly be a good step forward. In a report, the committee called for internet giants to be held more accountable for hosting scam adverts. It also highlighted calls for action closer to home than Silicon Valley - from UK Government, regulators and, crucially, the pensions industry.

The committee listened to evidence from witnesses, including The Pensions Regulator (TPR), at its session at the beginning of the year. We warned that a lack of clarity over the scale of scams could hinder the effectiveness of our fraud-busting efforts.

The scale of pension scamming

The committee’s report calls for a range of measures to improve understanding of the scale of pension scamming.

Pension scams are devastating. We know some go unreported by savers and schemes. Reports to Action Fraud, the national fraud and cybercrime reporting centre, fell almost 80% from 2014 to 2020. Action Fraud figures show pension scam losses can range from under £1,000 up to £500,000.

However, the true scale of the amount lost to pension scams, and the number of victims, is likely to be much higher as victims often don’t realise they have been tricked until many years later. Once the money is gone, it is often gone for good. We also fear schemes are not reporting suspicions, leaving us fighting a problem the size and scope of which we can’t properly understand.

With the COVID-19 pandemic impacting on many peoples’ finances – despite the unprecedented government support – there are also fears that scammers will use this to their advantage to steal hard-earned cash from savers.

While we’ve seen no evidence of a significant increase in pension scams during COVID-19, we believe many across the industry, including trustees, pension providers and administrators, are not reporting suspected scams at a time when the pandemic could leave savers more vulnerable.

To fight the scourge of pension scams and keep up with scammers’ everchanging tactics, we need a clear understanding of the size of the problem and good quality intelligence.

We are pleased the committee has recognised the great start TPR’s Pledge to Combat Pensions Scams campaign has had. Launched last November, more than 200 organisations have already signed up. All have publicly pledged to commit to six key principles –including embedding best practice on scam reporting. Some reported changing their processes to make sure they can meet the pledge’s principles. This is a great start but we are calling on more organisations to play their part and sign the Pledge.

We are working with Action Fraud and the industry with the aim of making the reporting process clearer and more effective. The Pensions Scams Industry Group, which is a voluntary body set up to combat pension scams, is also updating its Code of Good Practice. The refreshed code is expected to help pension providers protect savers with information on when and how to report suspicions. And TPR has introduced scams training for all trustees, via a new module of the Trustee toolkit, helping them get better at recognising the signs of a scam and by providing a ‘warning letter’ for all those looking to transfer out of a Defined Benefit pension.

The Pledge to Combat Pensions Scams: Steps to make the pledge:

1. trustees, administrators and providers can sign up to the pledge through a dedicated website to show their commitment to combat pension scams

2. pledgers can use our resources and online education tools to understand what they should do to protect savers

1. regularly warn members of the risk of scams

3. learn the warning signs of a scam and best practice for transfers

5. clearly communicate concerns to members if high-risk transfers must be made 6. report concerns about suspected scams to the member and authorities.

This article was featured in Pensions Aspects magazine May 2021 edition. 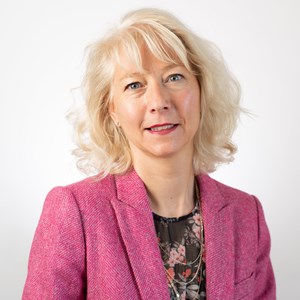 Looking back at the road travelled

The Pensions Regulator’s (TPR’s) Chief Executive Charles Counsell reflects back on a year like no other, outlining how the Regulator has responded to challenges of the pandemic and continued its work to support the pensions industry and protect savers.

Putting savers at the heart of all we do

Here David Fairs gives an update on recent activity from The Pensions Regulator (TPR) and highlights how TPR has responded clearly, quickly and decisively to change so that workplace pensions work for all savers