What will stand out when we look back on the Pensions Act 2021?

Pension Dashboards and climate transition will be the enduring hallmarks of the Pensions Act 2021. But it’s Clause 107, now known as Section 107, and the Pensions Regulator’s (TPR’s) new Defined Benefit (DB) funding code that will generate headlines in the UK’s post-Brexit, post-pandemic economy. It remains to be seen if these will garner or dent saver confidence in pensions.

Pension Dashboards and climate transition will be the enduring hallmarks of the Pensions Act 2021. But it’s Clause 107, now known as Section 107, and the Pensions Regulator’s (TPR’s) new Defined Benefit (DB) funding code that will generate headlines in the UK’s post-Brexit, post-pandemic economy. It remains to be seen if these will garner or dent saver confidence in pensions.

I’ve got Pensions Dashboards down as the Act’s enduring gamechanger. Putting savings on smartphones will emotionally connect savers with their money. That’s essential for behavioural nudges and modern saving plans to be effective. Pity it’s still a few years away.

Pension schemes driving climate transition is a close second. DB assets will work through trustee policies and asset stewardship. The firing pistol went off a couple of years ago and it’s already a scramble; which schemes will make or lose money, as businesses and investors wake up to net-zero? Getting Defined Contribution (DC) beyond climate-tilted default funds needs vision from Master Trusts, ideally with Dashboards connecting savers with their eco-compass.

Section 107 is a dark horse, criminalising the endangerment of DB schemes. Clause 107 in the Bill caused the most unified industry response I’ve seen in my career. Concern that directors and lenders will shun DB sponsors is genuine, but hasn’t moved the Government to change its drafting.

Two paths lie ahead for Section 107. Most likely it will play out as clearance did following the 2004 Act. After a period of uncomfortable upheaval, industry will settle into a new way of doing business. Something like a python digesting an ostrich egg.

The alternative is tougher business conditions for DB sponsors. That will drive a deeper wedge between the ‘old economy’ and the ‘digital economy’, inexorably leading to future legislation in the opposite direction.

The post-Brexit, hopefully post-pandemic economy is the context for any impact assessment. Public confidence will be dented if Section 107 contributes to tipping struggling DB sponsors into insolvency. It’s ironic that, at the time the protections Section 107 promises are most needed, they may be least welcomed or least helpful.

It’s in this economic context that TPR’s new DB funding code will also be judged. Three big questions remain: where will TPR set Fast-Track; how will TPR regulate Bespoke; and will open schemes get softer treatment?

TPR’s goal is reorientation towards the ‘Great DB Run-Off’, with easy-access to Section 231 powers for TPR (thank you very much, Sir Philip). I see the risks of levelling-down funding being marginally more worrying than the slaying of pension zombies. The court of public opinion may see things differently. Especially if tougher DB funding adds more job losses to swelling unemployment.

In policy impact terms, Collective Defined Contribution (CDC) may be little more than a footnote to the Act. Practically, it’s the final chapter of Royal Mail’s privatisation. Industry optimists see the dawning of the long awaited ‘third way’ or ‘defined ambition’. I like the vision, but CDC needs more than the 2021 Act to become a mainstream reality. 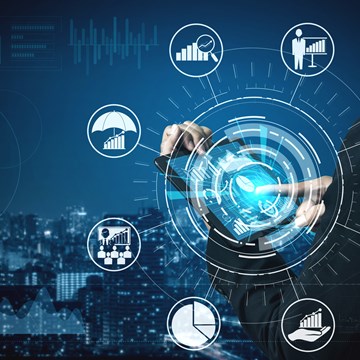 The consultation on The Pensions Regulator’s (TPR’s) new Code of Practice closed on 26 May. Whilst we await the outcome of the consultation, given the aspiration to put the Code into practice by the end of 2021, it may be that changes are limited. Assuming they are, will the Code improve scheme governance?

The key to making your pension fund more sustainable

“So, Mr Chief Executive, we really like what your company is doing in relation to environmental improvements and we’re pleased to see you’re working effectively towards your net zero climate change pledge. It’s also encouraging to see your positive policies on diversity across all aspects of your business. But what are you doing to make your pension fund more sustainable?”