Fraudsters rarely take a day off, even during a global pandemic. The tactics deployed by fraudsters constantly evolve. As lockdown measures in the UK continue to ease, and people start to think about getting back to normal, it’s just another school day for the fraudsters as their tactics will inevitably move on again.

Aviva’s latest fraud report highlights recent figures from the Office for National Statistics which shows 92% of adults are recorded as recent users of the internet. This shift in the mindset of millions has opened the door to more people than ever before transacting and buying services and products online. The unfortunate side effect to this is a deluge of opportunities for fraudsters over the last year. Aviva’s research found just over two-in-five (42%) people have been targeted by a Covid-19 scam. This is a 91% increase over the last year in the number of people who reported receiving emails, texts, phone calls and other communications mentioning coronavirus which were suspected to be part of a financial scam. With more than two in five (43%) of those who received a communication that they suspected to be a financial scam not reporting it and almost one in three (30%) saying they would be embarrassed to admit to being the victim of a financial scam, it could well be just the tip of the iceberg.

The Financial Conduct Authority (FCA) said the Covid-19 pandemic has left over a quarter of UK adults with low financial resilience. Fraudsters understand that those with low financial resilience are more likely to want to save money on household bills, like insurance. The Aviva Fraud Report found more than 1 in 10 (13%) people have been the victim of a financial scam which related to coronavirus. Two-thirds (66%) of those who have been the victim of a financial scam also saw their total debts increase over the last year. This shows a clear correlation between low financial resilience and being the victim of a scam or fraudster. Two-thirds (66%) of those surveyed said saving money on household bills has increased in priority since the pandemic began. While the latest Aviva report looks at all types of fraud, it reminds us of the financial fraud that can have a devastating effect on the retirement plans of pension scheme members.

For many people, pensions represent their greatest financial asset alongside a home. It’s something worked hard for over many years, and often key to an enjoyable retirement. That’s why it’s so important to protect it and not allow it to fall into the hands of scammers.

Legislation is promised later this year that will make it harder for scammers to persuade people to transfer their pension pots to questionable pension schemes. The system of amber and red flags will ensure that where there is significant risk of fraud, members will receive guidance and the transfer will be stopped. But fraud flows like water, constantly seeking to exploit the next crack in the defences.

What can be done to prevent people becoming victims of scams?

Building awareness of what to look out for is a great first step to helping people spot scams. They usually begin with unsolicited contact – people should be extremely wary of anyone contacting them that they don’t recognise. Often, fraudsters will try to add time pressures and if it sounds too good to be true, it probably is.

Encourage employees to stop and think if they see something suspicious. Taking a moment to pause and verify before clicking on a link or revealing sensitive information over the phone can make a big difference.

Finally, by sharing experiences with the right people, we can help to protect others from falling victim to similar scams in the future. Help protect others by reporting all suspicious emails, calls and texts to Action Fraud, either through its website here or by telephoning 0300 123 2040.

The Aviva Fraud Report found just over half (56%) of those who use a search engine trust the results but currently two in five (40%) do additional checks on the company or provider.

The government says the draft ‘Online Safety Bill delivers the government’s manifesto commitment to make the UK the safest place in the world to be online while defending free expression’. It is intended to impose a "duty of care" on social media companies, and some other platforms that allow users to share and post material, to remove "harmful content". Its intention is to tackle user-generated fraud and place responsibility for fraudulent user generated content, such as posts on social media, on online platforms. One of the largest online technology companies, Google, recently announced that from September, all advertisers selling a financial product on its platform must be authorised by the Financial Conduct Authority (FCA) or exempt. It’s a welcome move, and one which further demonstrates the importance of ensuring the scope of the Online Safety Bill includes financial scams promoted by paid-for adverts.

The latest Aviva Fraud Report goes some way to highlighting the issue of fraud by illustrating some of the current scams used to part people from their savings. Pension scheme providers and trustees can also make a significant contribution by providing fraud prevention education and scam warnings throughout the retirement journey. 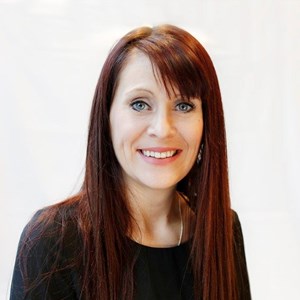 Head of Pensions, In-house Scheme (Mix of Office and Homeworking)

Can your investments help fight racism?

In business, diversity can be the difference between success and failure. But while progress towards racial equity has been frustratingly slow, pressure is now mounting on companies and investors to act.

Aviva is committed to being a diverse and inclusive organisation but we recognise that we are still on a journey to reach that goal. We want our commitment to D&I to be reflected in our employees, customers, clients, and supply chain.