If passion drives you, let reason hold the reins

‘Work isn’t work if it’s fun’ is an adage that has led me to make what many consider to be some terrible decisions in my career and academic life. It started in 1989 when after studying marine and environmental biology, I went on to do a PhD on the impact of climate change related extreme weather events on the reef ecology of the Indian Ocean. During the next four years, I was attacked by sharks, caught by a waterspout and suffered dengue fever. But throughout, I did have a real sense of purpose, and studying reefs had some fringe benefits too!

On leaving the Maldives, I chose to become a Police Officer in the UK. Not an obvious choice after my PhD, but I wanted to challenge myself, work with people and have the opportunity to make a direct and immediate impact on those I worked with. There were downsides, as you would expect; I was shot at, stabbed and run over, but during my seven years as an officer, I worked with some of the most cannily intelligent, quirky and kind people it is possible to imagine. To this day, I have immense respect and gratitude for what the police contend with on a day-to-day basis, and I live with the memories of the cruelty I witnessed and the kindness of strangers. The old lady who had barely anything who would always find the time and money to bring a cake to the front desk for the duty sergeant will forever remain in my heart.

Spending seven years seeing first-hand the challenges that so many people face led me to start thinking about how I could make a bigger impact. At the time, there was approximately £1 trillion cash in bank accounts, £1 trillion in mortgages, but £5 trillion in long-term savings, of which £2 - £3 trillion was in pensions. I could see that small changes in the long-term savings industry could possibly have a large-scale impact and directly benefit many people. So the savings industry was my next step.

Nowadays, I’m known for an alleged obsession with costs. This is not entirely true; what I have is an obsession with value-for-money (of which ‘costs’ are the ‘money’ part) and fairness. I felt that restricting information on the true value for money of investing was unfair. I love a challenge, so to cut a long story short, after working with the World Bank and Financial Conduct Authority (FCA), my co-founder Ritesh and I decided to set up a new business, ClearGlass, to try and solve the value for money problem. We are now collecting and analysing detailed cost and performance data using the Cost Transparency Initiative (CTI) standard and the potential for change in the future is excellent.

My advice to those starting out in the industry is threefold: 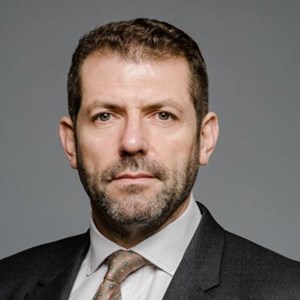 Location: Bristol / Home based with need to attend Bristol office